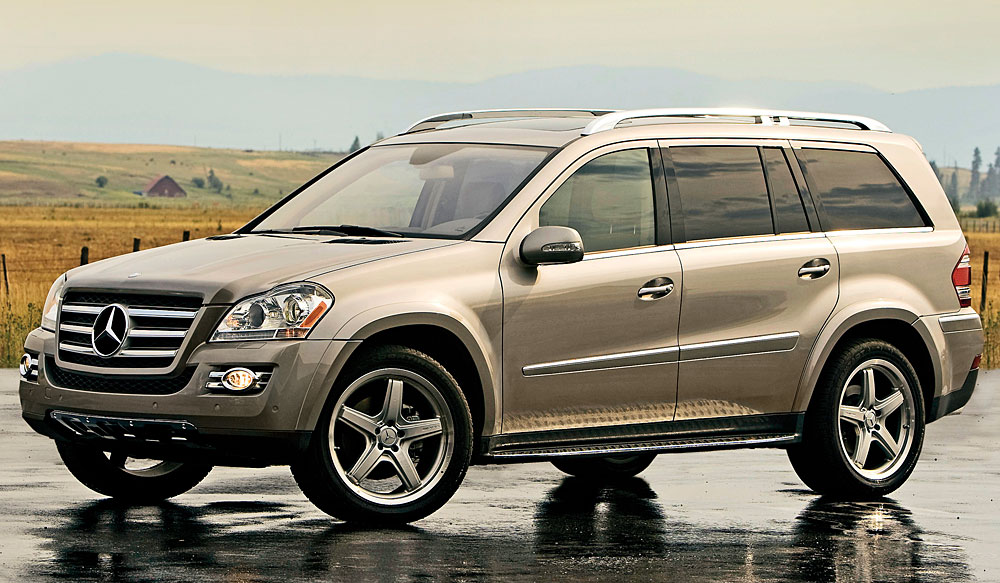 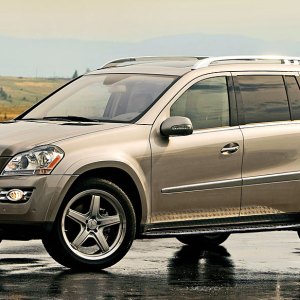 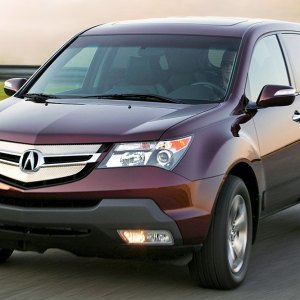 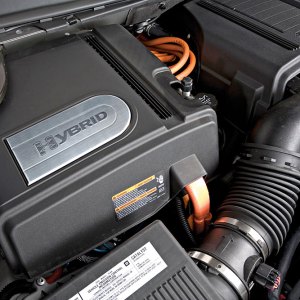 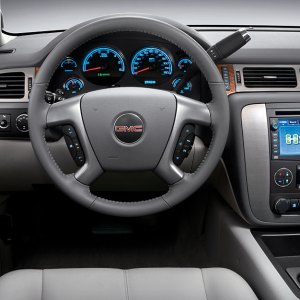 The leather-trimmed cabin of the Acura MDX (www.acura.com) is a beautiful place to be, even more so when the world outside becomes ugly. Swiss-watch reliable, and laden with advanced safety features including the Super Handling All-Wheel Drive system, Acura’s $40,910 crossover may be the most stylish, comfortable, and confidence-inspiring means to move seven passengers. The 3.7-liter VTEC V-6 is the proverbial iron hand in a velvet glove: It balances an urgent 300 hp with ineffable composure all the way to its 6,500 rpm redline. And although the MDX’s styling team is said to have taken its inspiration from yacht designs, there is nothing nautical about the way the MDX interacts with the road. It is stable, agile, and comfortable. —Matthew Phenix

Upon its introduction, the Mercedes-Benz GL450 upset the natural order of the Mercedes universe. How could the largest vehicle in the lineup feature a motor that was smaller than the V-8 in the midsize ML? The GL450 was sweet, as mondo SUVs go, but the $78,200 Mercedes-Benz GL550 (www.mbusa.com) asserts its dominance in a way that the original never did. The GL550 retains the best attributes of the GL450—smart packaging, a silky 7-speed transmission, and a composed chassis that belies the vehicle’s size—but amps up the attitude. With 382 hp, the GL550 can rip off six-?second zero-to-60-mph sprints. Its 21-inch AMG wheels look like those of a top-shelf Benz. And a more upright grille sends the message that this GL does not defer to SUV-haters or attempt to appear smaller than it is. More extroverted than the GL450 but less flashy than the old-school G-Class, the GL550 is Mercedes’ best-ever luxury SUV. —Ezra Dyer

The full-size SUV, long the poster child for American gas-guzzling, enjoys an image makeover in the GMC Yukon Hybrid (www.gmc.com). It is as big and as capable as the standard Yukon, but it is a third less thirsty. The Yukon Hybrid (corporate cousin to the Chevrolet Tahoe Hybrid and the soon-to-be-released Cadillac Escalade Hybrid)starts at $51,000. It employs an innovative two-mode system that monitors such factors as speed and load, and imperceptibly manages the power of a 6-liter gasoline V-8 engine and a pair of compact electric motors tucked inside the transmission. When the Yukon Hybrid is hauling a light load and traveling as slow as 30 mph, it can shut down the V-8 engine entirely and cruise on electricity alone, powered by a 300-volt battery pack beneath the second-row seat. During highway cruising, the electric motor’s extra boost allows the system to deactivate four of the eight cylinders. When called upon to do so, the Yukon Hybrid will tow as much as 6,200 pounds and seat as many as eight people. About the only thing the SUV will not do as readily as its rivals is visit the pump. —M.P.