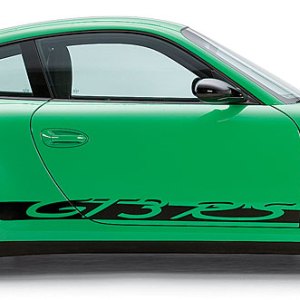 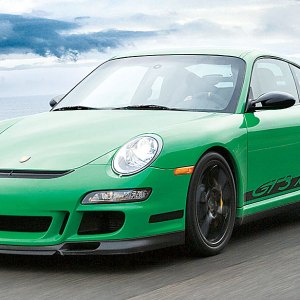 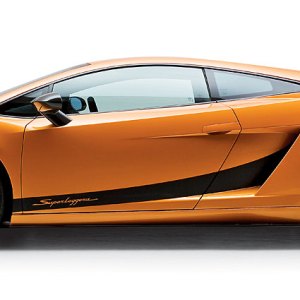 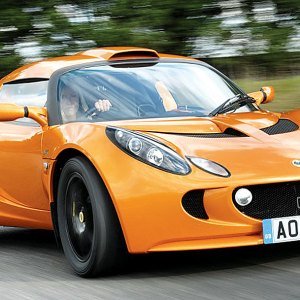 Most Porsches, even the steroid-enhanced 911 GT2, display an air of Teutonic reserve—not sterility, but a certain degree of rationality. The Porsche 911 GT3 RS (www.porsche.com/usa), on the other hand, appears on edge, the one Porsche that will fly off the handle, grab you by the shirt, and throw you against the wall at the smallest perceived slight. Start with the name: “RS” stands for “Rennsport,” because a true sports car should have the word sport somewhere in its name. The huge rear wing of the normal GT3 has been made larger for the RS. The already wide GT3 rear end is even wider. You can order the RS with orange wheels. (Rational cars do not, as a rule, have orange wheels.) The $124,900 911 GT3 RS does have practical performance advantages over the GT3: It weighs 44 pounds less, the rear wing is adjustable, and the 415 hp motor has a lighter flywheel for quicker response. But the car’s real glory is its personality. This is the feral Porsche, just barely fit for society. —E.D.

Because Lamborghini makes only two models, it was perhaps inevitable that the company would tinker with them. After lopping the roof off the Gallardo to create the Spyder, the automaker has conjured up a hard-core track version, the $228,040 Lamborghini Gallardo Superleggera (www.lamborghini.com). The new car improves on the basic baby-Lambo formula—sonically gorgeous V-10, mid-engine layout, all-wheel drive—by significantly enhancing the power-to-weight ratio. The Superleggera has 523 hp under the hood (10 horses more than the standard Gallardo), but this car’s elevated? performance really derives from its 154-?pound weight loss, achieved mainly through prodigious use of carbon fiber. The Gallardo Superleggera rips off 3.8-second zero-to-60-mph runs and would happily lap the nearest road course all day long. And we would guess that, with a new, more powerful Gallardo motor in the lineup (in the upcoming LP560-4), Lamborghini has not finished tinkering with the Superleggera. —E.D.

The Lotus Exige S 240 (www.lotuscars.com) may look strikingly similar to last year’s model, but you cannot judge a coupe by its cover. The $64,900 2008 Exige S 240 ekes out 20 extra horsepower from its Toyota-sourced 1.8-?liter engine, bringing the grand total to 240—hence the car’s numerical designation. The vehicle’s high-flow fuel injectors supply more gasoline to the supercharged 4-cylinder; a larger roof scoop increases airflow to the engine; and recalibrated engine-control software helps the new Exige reach its maximum output of horsepower and 170 ft lbs of torque. And while its power may pale in comparison to the Ferrari 430 Scuderia’s, the Exige S 240 weighs a svelte 2,077 pounds; a 200-pound driver would account for a 10 percent weight increase. In addition to the engine enhancements, Lotus developed a Launch Control function for the 240, which catapults the pint-sized projectile from zero to 60 mph in 4 seconds flat. It is a complicated system that requires you to push buttons, turn knobs, and drop the clutch, but the speed rush is well worth the effort. An optional Track Pack suspension, priced at $1,650, features 10-way adjustable shock settings at each wheel. Devoid of most creature comforts (like rearward visibility) for the sake of sport, the Lotus Exige S 240 is for hard-core driving enthusiasts only. —Paul Meyers