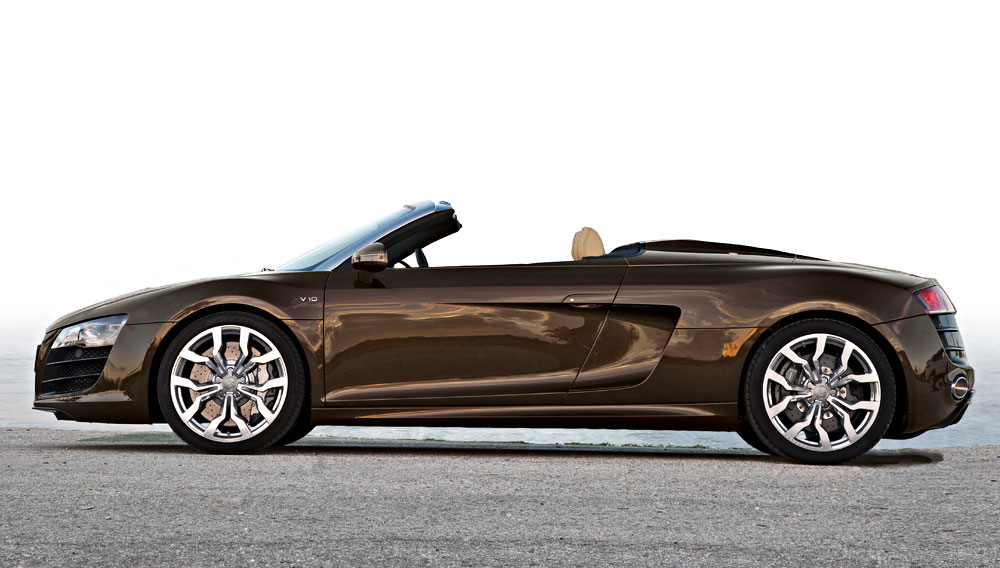 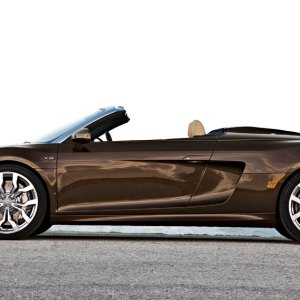 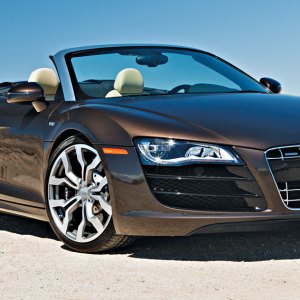 The Audi R8 V10 Spyder’s performance specs could have earned it a spot in the sports-car category. Equipped with a high-revving 5.2-liter V-10, it sprints from zero to 60 mph in four seconds and reaches a top speed of 195 mph.

Ultimately, the $161,000 Spyder, a ragtop version of Audi’s popular R8 sans the coupe’s muttonchop-evoking side blades, landed among the convertibles because of that magnificently inventive retractable canvas. Lifting the drop-top switch, located on the center console next to the parking brake, initiates a beautiful ballet of motorized movement that lasts 19 seconds and can be performed when the car is traveling as fast as 31 mph.

Audi’s engineers did not exhaust their imaginations when designing the roof. The Spyder’s seats are thermal-resistant, which means that they remain cool even when the sun shines on them, and the seat belts are equipped with microphones for Bluetooth-linked phone calls.

But the Spyder’s conversation pieces are not what earned it Best of the Best honors. Forfeiting a fixed roof cost it little in the way of performance, as evidenced by the aforementioned specs. The convertible’s standard equipment includes such signature Audi features as Quattro all-wheel drive and full LED lights. The Spyder also comes with a choice of two transmissions: the optional R tronic semiautomatic—for those who like to sit back and enjoy the ride—or the standard 6-speed manual for drivers who prefer rowing their own gears. The latter seems a better fit for a convertible that can keep pace with the world’s best sports cars.