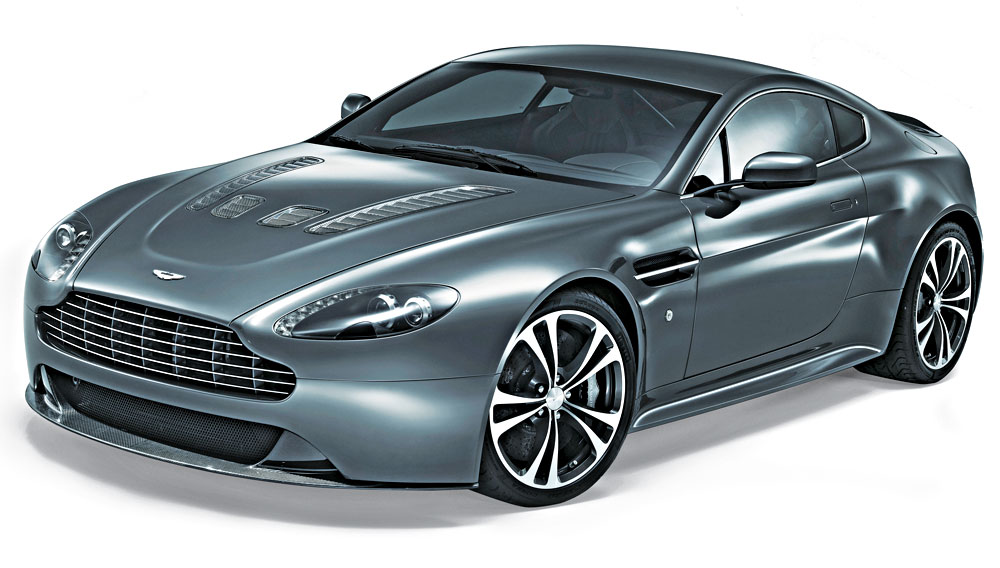 Aston Martin focuses as much on the mood of motoring as it does on the mechanicals of its cars. The Vanquish, the DB9, and the DBS, for example, ride a little rough around the edges—as they should, because driving a car equipped with a V-12 engine is supposed to be a challenge for hands, feet, and psyche. On the other hand, the smaller, higher-production Vantage, powered by a less muscular V-8, is a little lighter on its toes, more nimble and more playful. Now the 97-year-old British company with a reputation far larger than its annual production total—which currently rests in the mid four figures—has merged both moods in the $183,500 V12 Vantage.

The Vantage’s look is still pure supermodel. Also surviving is a sound that is naughty and snarly and the best noise—automotive or operatic—this side of Italy. The personality of the Vantage, however, has been radically altered. Aston Martin’s promotional literature describes how the company matches and balances engineering components “with pure driving enjoyment in mind . . . to provide a unique character.” The dominant trait of the new Vantage’s character is power, which is supplied by a 6-liter, 510 hp V-12 that enables the coupe to reach a top speed of 190 mph. Yet the Vantage displays a civility that is rare among smaller cars stuffed with big engines. Unlike many seriously unmanageable muscle cars, the V12 Vantage remains well mannered, because relative to the V-8 version it has a lower stance, tighter dimensions, and a firmer suspension. Aston Martin also subtly rearranged the front end, so that despite the complexities of the engine transplant, the front-to-rear weight ratio is a near-perfect 51/49.

To ensure that owners fully enjoy the unique character of the V12 Vantage, the company offers it with rear-wheel drive, a 6-speed manual transmission, and pedals positioned for heel-and-toe shifting.