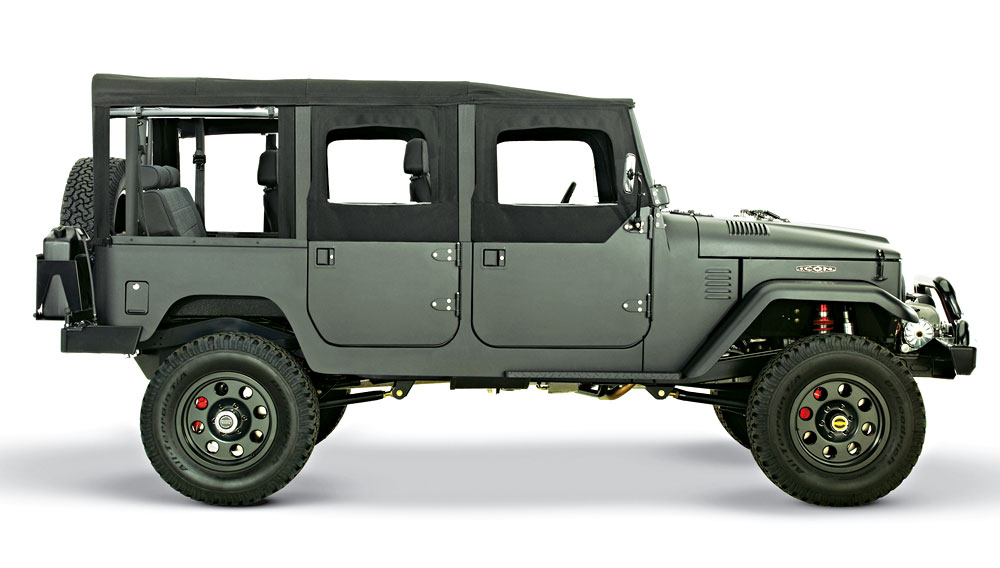 Fifteen years ago, Jonathan Ward saw enough beauty in the beat-up bodies of vintage Toyota Land Cruisers to launch TLC, a Van Nuys, Calif., company that restored and serviced the off-road vehicles. Ward’s work led to his building three prototypes for Toyota for the FJ Cruiser that looked more like the classic Land Cruisers than the design that Toyota eventually selected for its production vehicle. Instead of scrapping his design, Ward formed the Icon company and began making his own FJs: off-road vehicles with a vintage look and modern components.

Ward acknowledges that nearly half of the owners employ their Icons for nothing more adventurous than Sunday-morning coffee runs. Still, he equips the FJ44 with a suspension system that can handle challenging rock crawls and hill climbs.