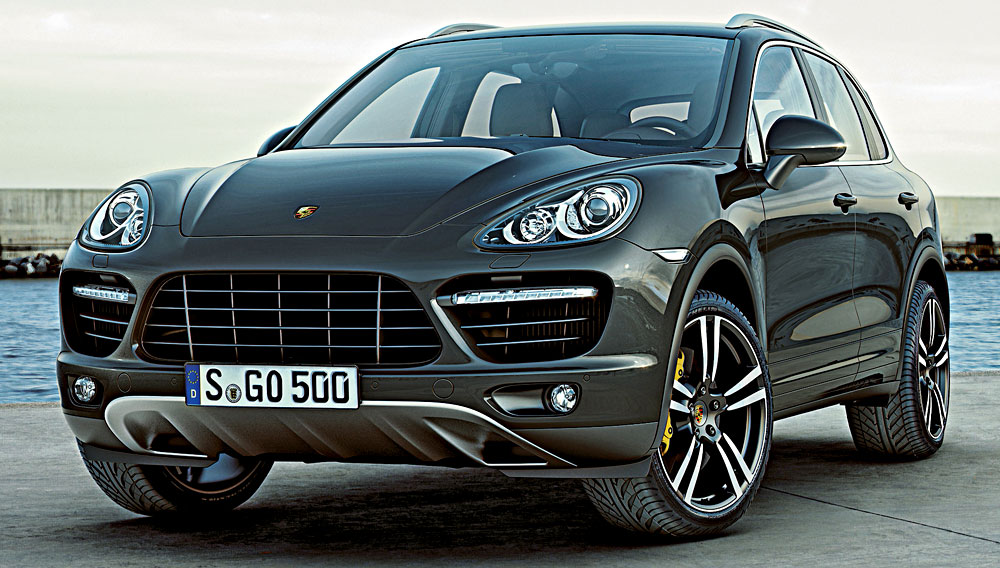 Like Hatfields taking shots at a McCoy solely because he is a McCoy, many Porsche 911 owners have been mercilessly peppering the Cayenne with verbal bird shot—and worse—since the SUV arrived on the scene in 2002. Such prejudice is unbecoming of a group that takes pride in possessing an appreciation for solid engineering and bulletproof build quality, and in deriving maximum enjoyment from high-performance machines. It is unlikely these air-cooled-engine acolytes have ever driven a Cayenne, because most Porsche fans who get behind the wheel of this phenomenal four-wheeler find it embodies everything that makes their favorite marque remarkable.

To say the new Cayenne Turbo is the world champion SUV is to offer faint praise. It is much more than an SUV; it is a brutal heavyweight that, despite its ample dimensions and purposeful—but tastefully aggressive—exterior, possesses the precision, swiftness, and agility of Muhammad Ali at the peak of his art. Whether accelerating after a stoplight, passing traffic on the freeway, or even racing on the track, this Porsche can lay waste to almost anything short of those few sports cars and GTs in league with the devil. Have we got your attention, 911 owners?

Porsche has taken the third-generation Cayenne, launched in 2010, to its maximum with the new-for-2011 Turbo, improving and refining the vehicle from nose to massive tail. Equipped with a 4.8-liter, 500 hp turbocharged V-8 engine, the $106,000 brute can rocket from zero to 60 mph in 4.4 seconds and achieve a top track speed of 172 mph. But the Cayenne Turbo is not made for racing; it is intended for an owner who wants to travel at speed, in comfort, and on high, while enjoying the sensation of driving a real, honest-to-goodness Porsche. Engi­neered with the essentials that make it a capable off-road performer, the all-wheel-drive Turbo comes with Por­sche Traction Man­agement, 8-speed Tiptronic S transmission, and load-leveling, active suspension. Inside, Porsche’s ascetic aesthetic reigns. This is no luxury Range Rover—it is a Teutonic performance machine.

If Cayenne detractors remain unconvinced, then lest they have forgotten, thanks to the popularity of its SUV, Porsche can continue to build 911s to keep those diehards happy—sort of.