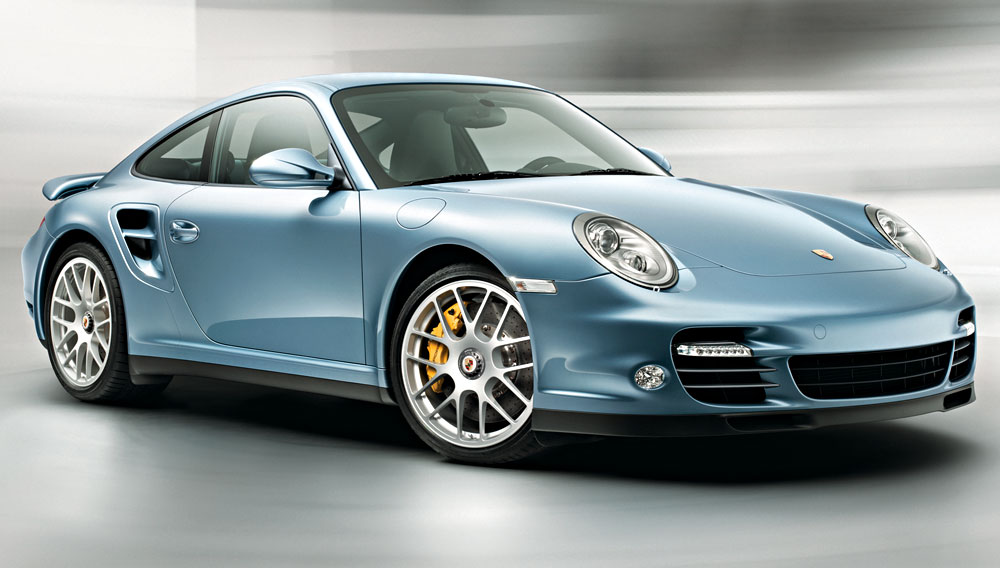 If the Ferrari 458 Italia represents a revolutionary development on the part of its maker, then the Porsche 911 Turbo S (www.porsche.com) proves that an antithetical, evolutionary approach to improving performance can be every bit as effective. Under the skin of its familiar 911 shape lurks a friendly monster that makes the Turbo S the most impressive Porsche, which is no small distinction considering the quality of the Stuttgart stable.

The ultralimited GT2 RS—which sold out before its release—might offer a fancy tailfin and greater exclusivity than the Turbo S, but it is much pricier, costing about $245,000. In terms of value for dollars, the Turbo S remains the sports car to beat. While not inexpensive at $160,700, it has a zero-to-60-mph time of less than three seconds, telepathic handling, and reliability and build quality that have been 911 signatures for well over four decades.