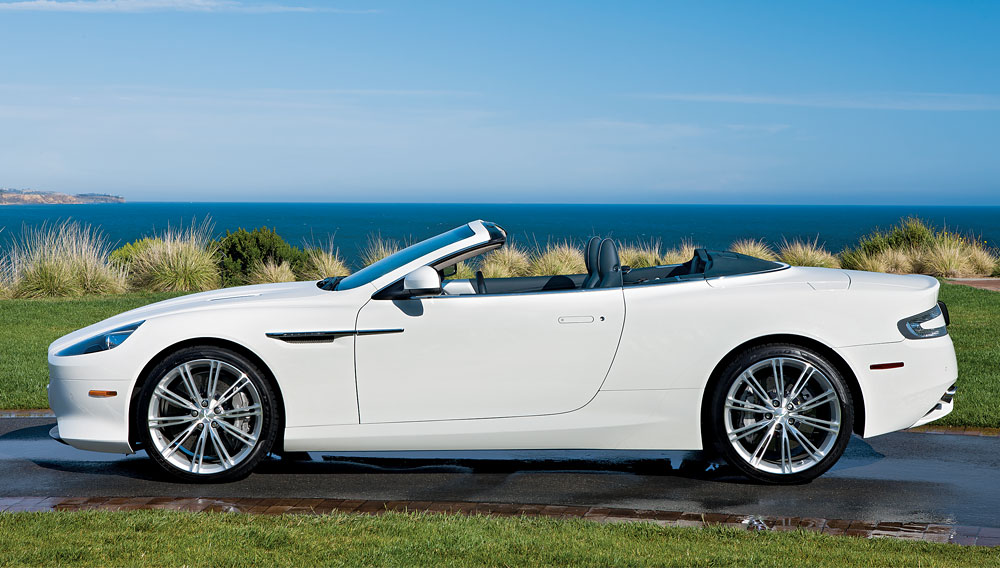 Aston martin is a boutique builder of beauties—luxury sports cars that cling tightly to the past yet never show their age. Silhouettes have remained similar for decades, and even today they continue to display signs of the ’60s and traces from the legendary DB5. The brand might be emulating Porsche and its glacial evolution of the 911, or it is seeking not to traumatize purists of the marque or shake them free from their buying loyalties. The Aston Martin Virage Volante (www.astonmartin.com) shows no deviation from this plan. It bears a family resemblance to Aston Martins of yesteryear, and its relation to today’s DB9, DBS, and smaller, nimbler V12 is unmistakable. All have similarly statuesque outlines; the same conventional front-engine, two-place, rear-drive configurations; and nearly the same 490 hp V-12. And, thank God, the new car’s exhaust note is as burbling and raucous as the others’. If the $225,000 Virage Volante represents Aston Martin’s belief that one cannot have too much of a good thing, then the company has a convincing argument.