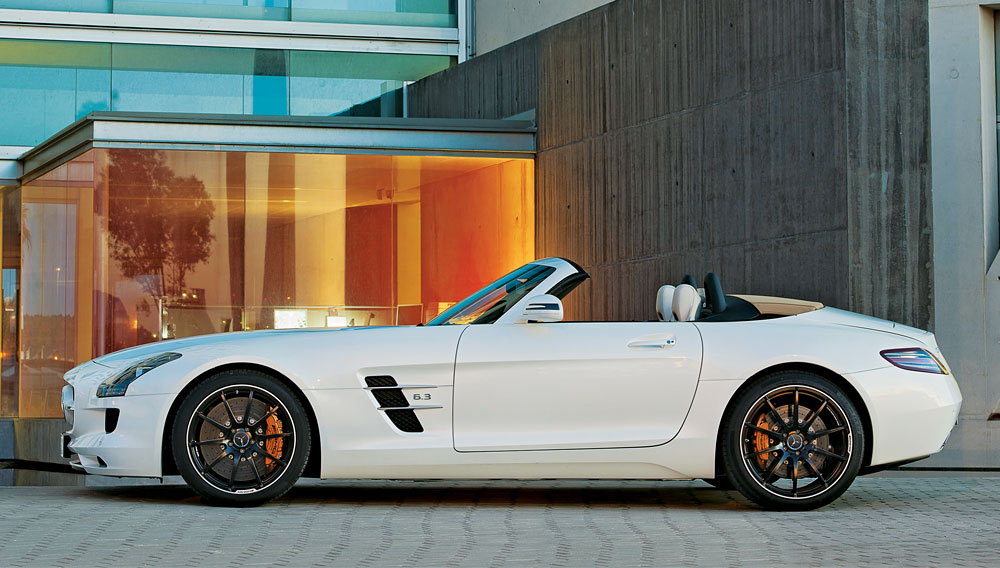 Replete with style, speed, and a set of wings that stretch skyward, the Mercedes-Benz SLS AMG coupe (the modern-day Gullwing) became one of the most coveted sports cars when it arrived in the United States in 2010. The car—with its guttural muscle-car exhaust note and nostalgic wings—captured the hearts of our Robb Report judges and earned that year’s Car of the Year honors. The Mercedes-Benz SLS AMG Roadster (www.mbusa.com) is essentially the same animal as the Gullwing, but with a clip job. And it is better for it. Though in convertible form the SLS loses some visual appeal (specifically its gullwing doors), it gains driver visibility and usability. The $197,000 Roadster retains the coupe’s 563 hp, 6.2-liter V-8 engine, which reaches a crescendo at 6,800 rpm through seven flawless gears, pushing the car to 197 mph.