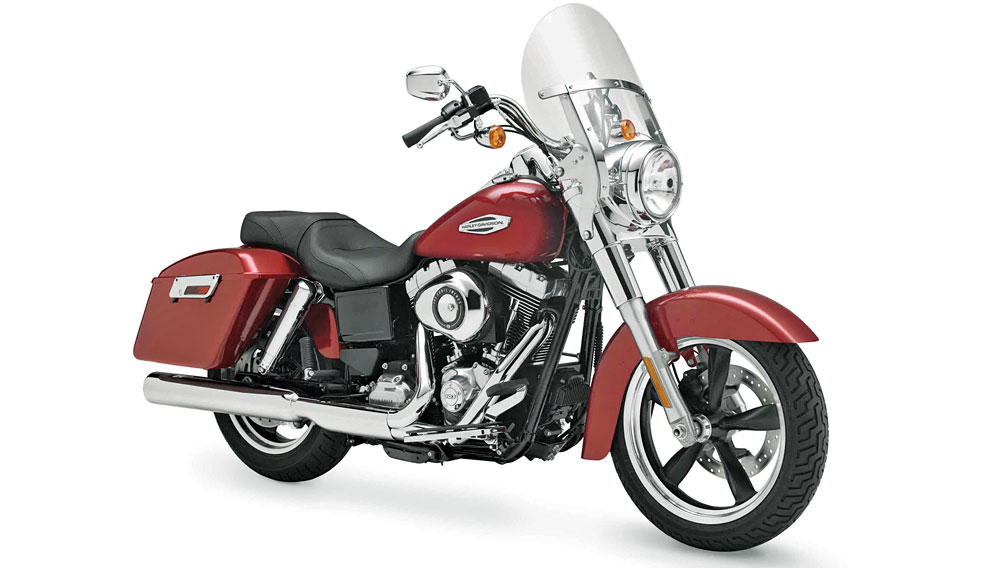 Touring bikes are specialized machines designed to make the miles melt away, but their narrow purpose is their drawback. Most touring rigs endure months of downtime, while more versatile steeds see daily action.

Harley-Davidson addresses this problem with its new Switchback, a touring bike that performs a presto personality change into a cruiser. Thanks to quick-release closures similar to the ones that Harley-Davidson developed for the CVO Softail Convertible, the Switchback transforms from a laid-back runabout to an adventure-ready tourer in seconds. The windshield is attached with a friction mount that allows riders to secure it or remove it without having to use tools. The saddlebags are latched and removed with similar ease: Turning a small dial located inside each bag secures the bag or releases it from the body of the bike.

Powered by an air-cooled, 103 cu in twin-cam engine, the Switchback, like other Harleys, develops copious low-end torque and vibrates only mildly on acceleration. It offers plenty of power for passing and high-speed, top-gear cruising, though you will not confuse it with any of the land-missile touring machines on the market. Yet, Harley-Davidson did engineer several discreet features into the Switchback that represent improvements over other bikes in the lineup. These include a headlight nacelle constructed of lightweight aluminum instead of zinc, a new suspension geometry, and reduced unsprung weight for better handling.

While it may not be the fully dedicated touring machine like the Honda Gold Wing or BMW K1600, or even the Harley-Davidson Ultra Classic Electra Glide, the Switchback, which has a starting price of $16,000, is sufficiently comfortable, versatile, and stylish to appeal to both long-weekend travelers and everyday cruisers.