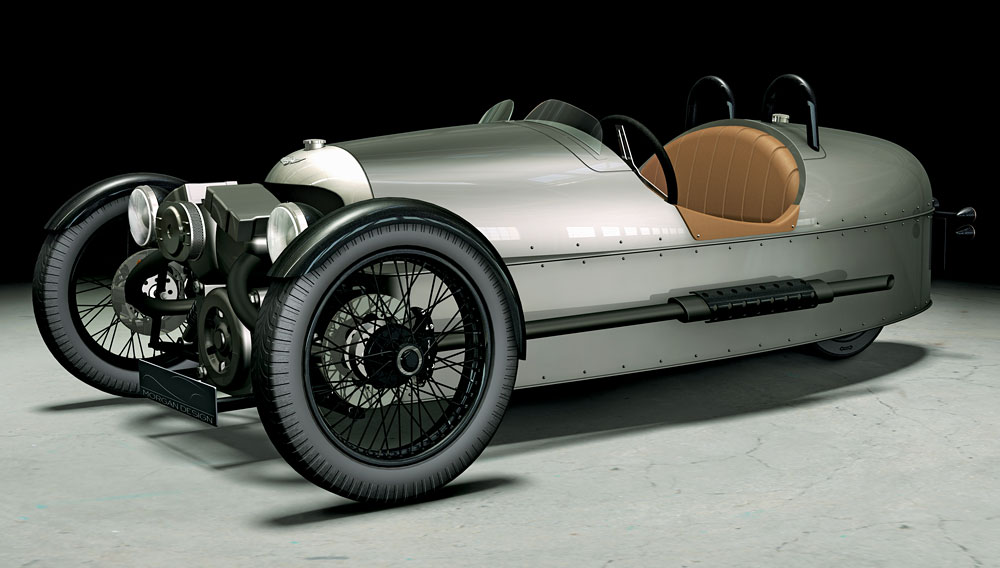 Morgan motor company was founded in 1909 in England as a maker of three-wheeled vehicles that it called “cyclecars.” Not until 1936 did the company produce its first four-wheeler, and even then, a three-wheeler remained in the product lineup until 1952. The new 3 Wheeler, which is available through several U.S. dealers, including Morgan West of Santa Monica, Calif. (www.morganwest.net), is a thoroughly convincing revival of the original concept. It uses modern drivetrain components adapted to the three-wheeled design that put Morgan on the map—and on racetracks—more than 100 years ago.

A 2,000 cc, 115 hp V-twin engine by S&S is mated to a durable Mazda Miata 5-speed manual transmission that sends power to the fat rear wheel via a belt. Front disc brakes and a rear drum brake stop the lightweight aluminum bullet with ferocity. Weighing about 1,100 pounds, the Morgan is an alternative to the motorcycle experience, offering creature comforts—to the extent that any open-top conveyance can—such as a leather interior.

The 3 Wheeler is priced at about $50,000, depending on options, which include a bewildering choice of paint, leather, chrome accents, and decals that range from bullet holes to pinup girls.