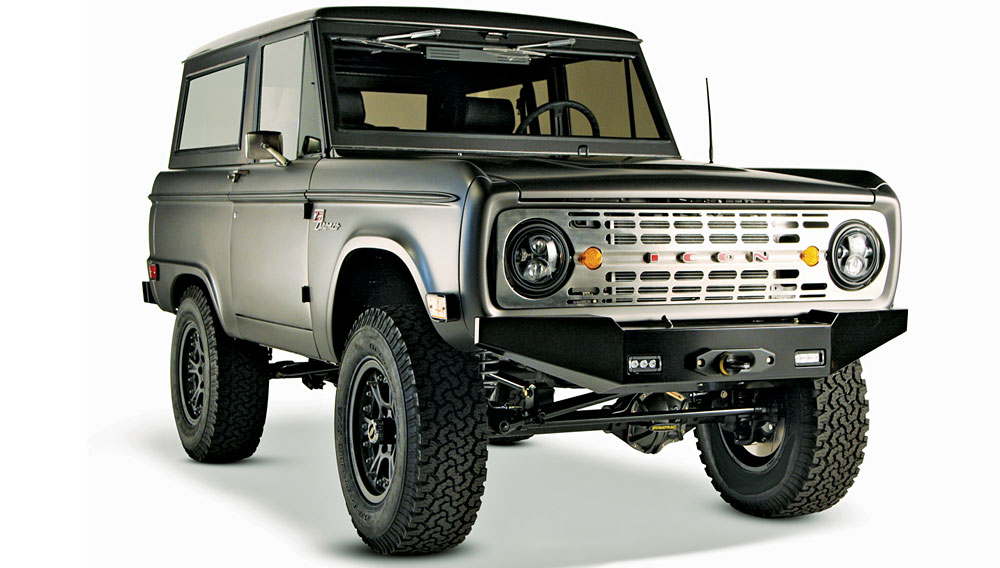 The four-door, six-seat TLC Icon FJ44 made the Best of the Best list last year for its refreshing take on the Toyota Land Cruiser and for its purposeful design. Now company founder Jonathan Ward has reimagined the Ford Bronco. Ward collaborated with Ford designer Camilo Pardo—known for his work on the Ford GT—to establish a framework for the Icon Bronco. As with Ward’s previous models, the similarities between the Icon Bronco and the original vehicle end with their shapes. Beneath the Bronco shell are top-of-the-line underpinnings such as Fox Racing shocks, Dynatrac axles, a StopTech Sport braking system, an Aisin Warner 5-speed manual transmission, and a state-of-the-art 4×4 transfer case. Under the car’s hood is Ford’s 5-liter V-8 engine—the same engine that powers the new Mustang GT. It produces 412 hp and 390 ft lbs of torque.

Icon, which is based in Van Nuys, Calif., plans to build only 12 Broncos this year, and it already has orders for them all. (The company is taking orders for next year.) The price for the SUV begins at about $150,000 and does not include the Ford Bronco from which Icon begins the build process. The company will provide one of those vehicles for another $7,500 to $15,000.