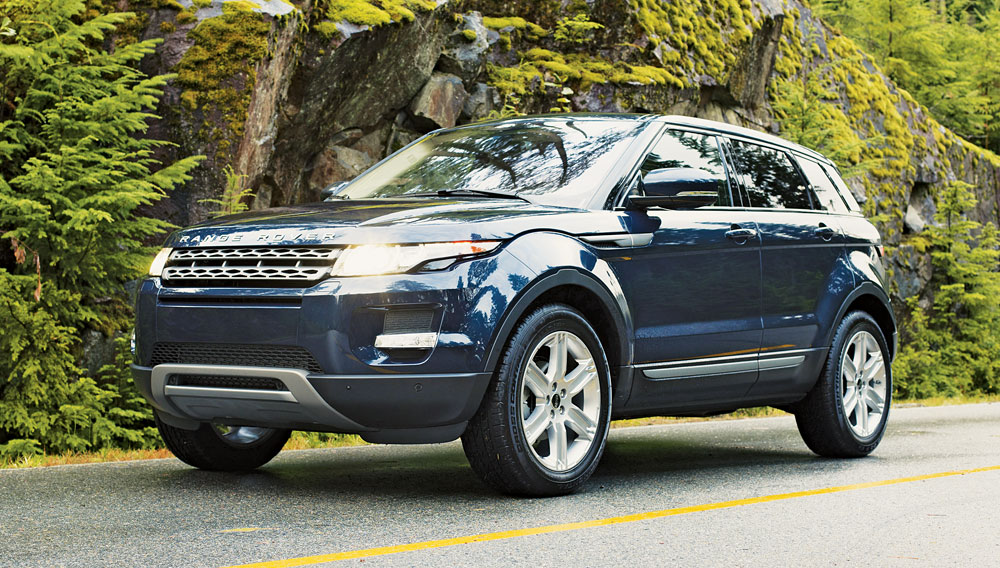 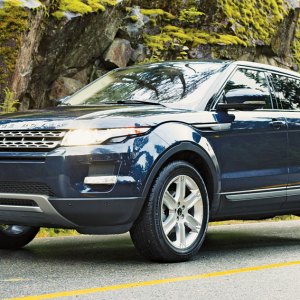 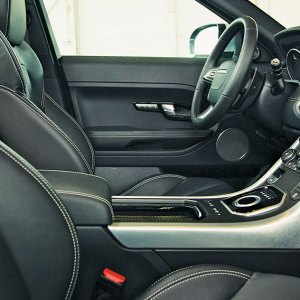 At last count the Range Rover Evoque had collected more than 100 motoring awards. They include a pair of automotive Oscars: North American Truck of the Year for 2012 (selected by a panel of 50 American and Canadian automotive journalists) and Top Gear’s Car of the Year. Even China’s Sohu.com and Guangzhou Daily have honored the Evoque.

All this acclaim is for a vehicle that is a Benedict Arnold to its heritage. The smallest, lightest, and most fuel-efficient Range Rover since the Land Rover brand was born in 1948, it contradicts the characteristics of every previous model. While most of the SUVs sold in the United States are powered by humping V-8s, the Evoque runs on a turbocharged four-banger good for a delicate 240 hp. Maybe worse, its look is Rubenesque, with a streamlined roof that slopes down into an overhang. It certainly does not look as though it would be happy playing in the mud.

But these are the delights of the Evoque, which has a starting price of $44,000. It represents a long-awaited departure from the elderly, biscuit-box outline and sharp corners of the traditional Range Rover. Off road the Evoque lacks the aggression and grip and grit of the do-anything, go-anywhere Range Rover HSE, with its supercharged 380 hp V-8. But Range Rovers always were overengineered for most drivers, except those who enjoy rock crawling in the Greater Khingans in January. You cannot do that in the Evoque, but as a two- or four-door, it does have full-time all-wheel drive and hill-descent and terrain-response systems.

On the road, the Evoque is polite and predictable. It drives and maneuvers like a sedan, with certainty and without the float of higher-profiled SUVs. It also offers 18 mpg in the city, 28 mpg on the highway, and sufficiently reduced emissions to counter anti-SUV arguments.