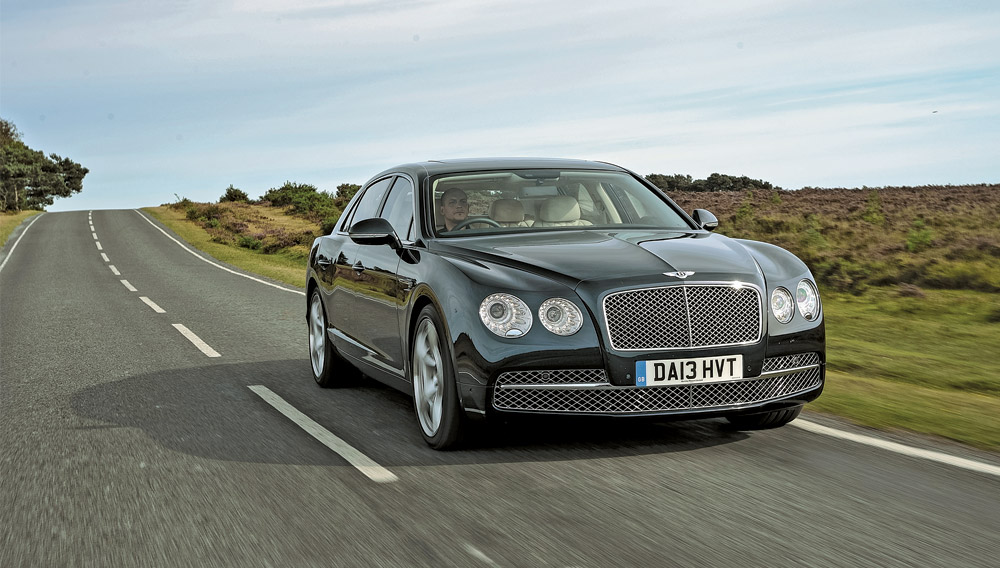 To separate the Bentley Flying Spur (www.bentleymotors.com) from its GT kin, the company has dropped “Continental” from the car’s title. Nevertheless, the Flying Spur’s styling is such that you still have to count the doors to be sure it is a sedan and not a coupe. The interior is roomier and taller than the insides of the Continental GT models, but it is more evocative of an office than a front parlor because the Flying Spur is aimed at Bentley’s new and significant China market, where the company estimates that as many as 75 percent of the car’s owners will leave the driving to their chauffeurs while they tend to business. But this is a Bentley, so the interior still features a collection of the finest woods and softest leathers.

For an engine, the car has a power station: A twin-turbo W-12 that produces 616 hp propels this nearly three-ton mass from zero to 60 mph in 4.3 seconds and enables a smooth and seemingly leisurely top speed of 200 mph. Multiply velocity by $1,000, and you have the Flying Spur’s approximate $200,000 starting price.