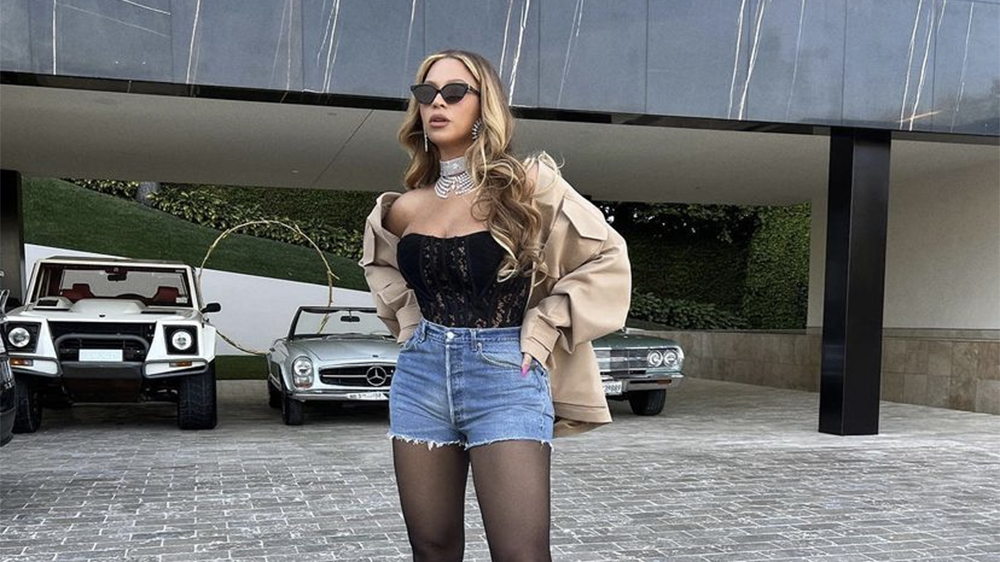 Sorry, Sylvester Stallone, it may be time to start associating the Rambo Lambo with another superstar.

Beyoncé kicked off the week by posting a new photoshoot for fans to pore over on Instagram on Monday. As you’d expect, the pop star’s fashion is on point. Less expected, though, is a surprise cameo made by the singer’s white Lamborghini LM002 in the fifth image of the set.

Of course, a celebrity owning a Lamborghini is nothing to write home about. Lot of famous people have one (or more) sitting in their garage. The LM002, or Rambo Lambo as it’s best known, is so much more than just a Lamborghini, though. Produced between 1986 and 1993, it was a military-grade 4×4 that still stands as one of the brand’s best combinations of style and substance. In fact, the company considers it one of its masterpieces.

That’s because beneath the four-door’s angular, truck-shaped design lurks the same V-12 found in the Countach, which helped push the 4×4 to a top speed of 118 mph. That’s really fast for a vehicle this big. If you’re wondering where the nickname comes, by the way, its because Rambo himself, Sly Stallone, was a noted fan of the gorgeous off-roader—and because “Rocky Lambo” or “Stop or My Mom Will Shoot Lambo” doesn’t have the same ring to it as Rambo Lambo.

This isn’t the first time we’ve seen Beyoncé and the LM002, points out CNET Roadshow. A white version of the utility vehicle with a red interior almost stole the show in the 2018 video her and husband Jay Z’s single, “Apeshit,” in which Queen B sings “Fast like my Lambo.” When the video was released, Lamborghini took to social media to make sure everyone caught the cameo. While we can’t be certain the Rambo Lambo from the video is the same one featured in the photoshoot, the color combo looks to be the same, as the does its decorative “LM002” license plate.

Of course, as the photoshoot shows, the LM002 is far from Beyoncé’s only cool car. The same image also features a white Mercedes-Benz SL and green Chevrolet El Camino. Other cars in her and Jay-Z’s collection include a Chevy C1 Corvette, Bugatti Veyron Grand Sport and Bentley Continental GTB, just to name a few. The couples’s names were also bandied about as possible owners of the Rolls-Royce Boat Tail, though it’s still unclear who exactly possesses that car.