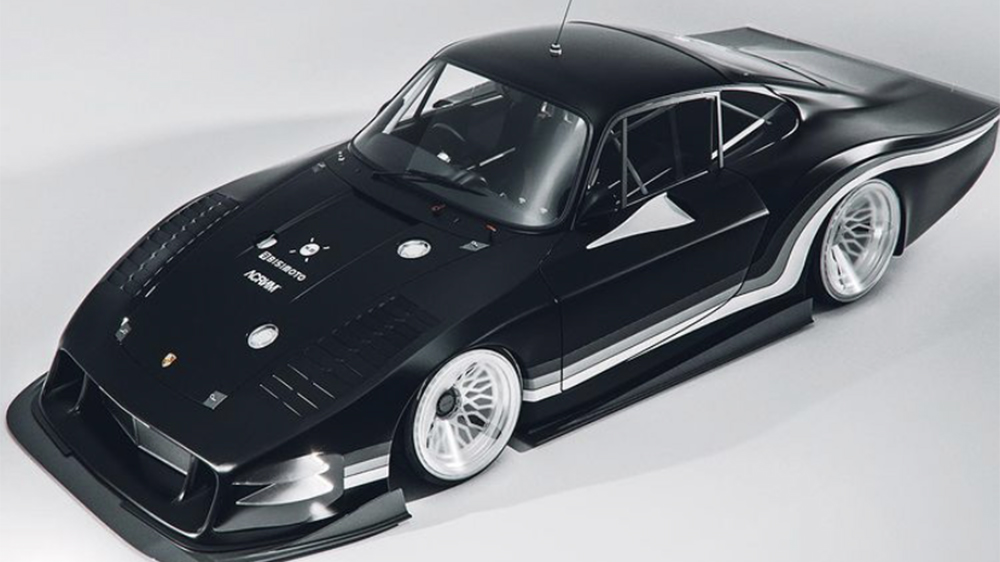 Among racing enthusiasts, few Porsches are held in higher regard than the 935 Moby Dick, a heavily modified, track-ready 911 that owes its literary nickname to its longtail design. But as revered as the car may be, Bisimoto saw room for improvement.

The California-based aftermarket shop has just announced the Moby X, an upcoming futuristic homage to the legendary racer. And the new design isn’t the only area where the racer will differ from its inspiration; it’ll also be powered by a fully electric powertrain.

The original Moby Dick was a 1978 model year 935—the factory racing version of the 911—that was a fixture at endurance races like the 24 Hours of Le Mans throughout the late 1970s and ‘80s. Thanks to a Martinelli racing livery and an ultra-aerodynamic body that included the “whale tail” rear, the car made quite the impression on racing fans and is now viewed as one of the most iconic racers in Porsche history. So, it’s no surprise that Bisimoto founder Bisi Ezerioha would want to pay tribute to the car.

More surprising are the liberties that Ezerioha and his collaborators, a group that includes designer Errolson Hugh and digital artist Khyzyl Saleem, have taken with the still-in-development Moby X. Although it is very cleared based on the Moby Dick, it’s not an inch-perfect recreation. Both vehicles share the same general shape, but the tribute lacks the original’s huge rear wing, is equipped with LED lighting and has swapped the Martinelli color scheme for a more sinister black, grey and white livery.

The most radical deviation, however, isn’t visible at a glance. The Moby X will be powered by a fully electric engine that gets its juice from a 32 kWh battery pack, according to Designboom. Although specifics aren’t available at this time, the car will reportedly be able to output 635 horses, which should make it just as powerful as the original Moby Dick.

Bisimoto Engineering has yet to announce when the car will be finished, other than to say that it should be sometime this year. Expect more an official debut date, along with more technical info, in the near future.