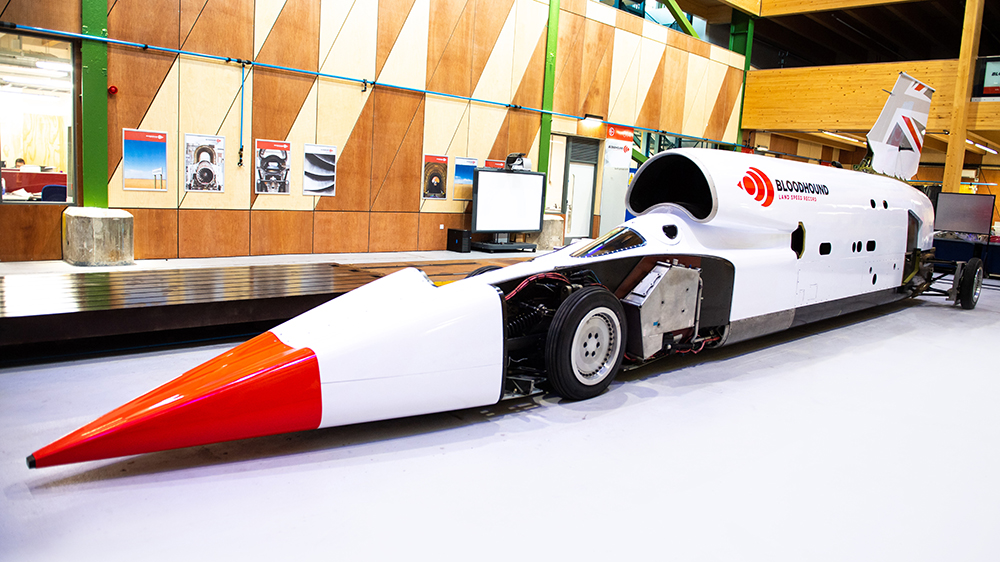 The Bloodhound LSR, a jet engine-powered car designed with the express purpose of setting a new land-speed record, is almost ready for its big moment. The vehicle has finished up preparations in the UK before heading to South Africa for high speed testing next month.

On Monday, the Bloodhound LSR—the “LSR” stands for land speed record—underwent a “dry crank” test to make sure its engine and ancillary systems, including fuel and electronics, were properly installed and in working order, the project revealed in a press release. The check is a vital part of the pre-testing process and lays the groundwork for speed testing next month.

During the test, the car was powered up, without fuel, to ensure everything was working as it should. According to a report from the Guardian, the test at the SGS Berkeley Green University Technical College in Gloucestershire was so loud, those nearby were forced to wear earplugs. 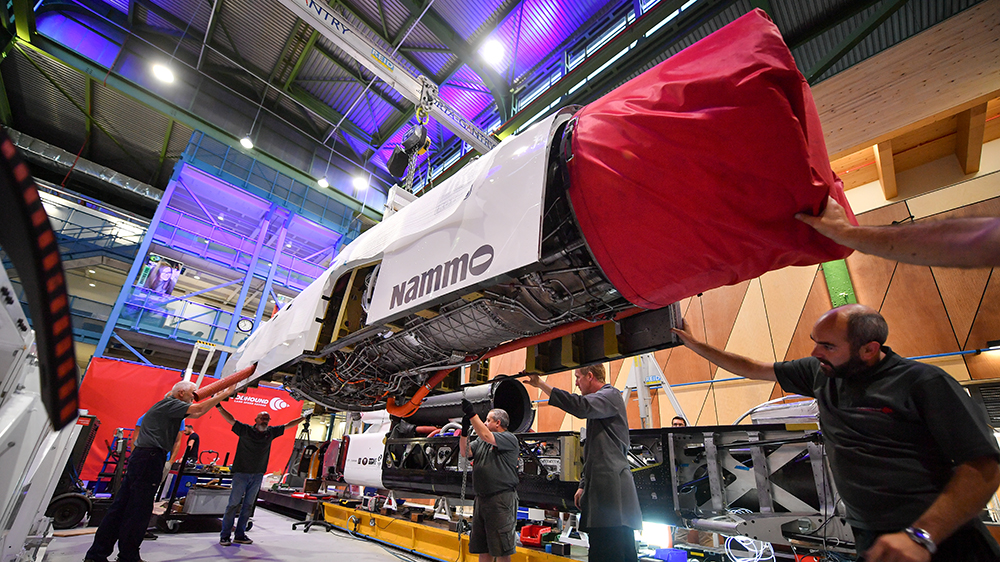 “Transforming Bloodhound from a runway spec car to one capable of reaching speeds in the transonic range on the desert racetrack has been no small task,” Mark Chapman, the project’s engineering director, said. “The team of engineers, craftsmen, fabricators and technicians have pulled out all the stops to upgrade the car in just a few months since the rescue from administration last December.”

With the “dry crank” test out of the way, the car will now head to the Kalahari Desert in South Africa for speed testing. Between mid-October and mid-November, the project will attempt 13 test runs, in 50 mph increments, with an aim of reaching 500 mph. That’s the speed at which a commercial airliner flies. 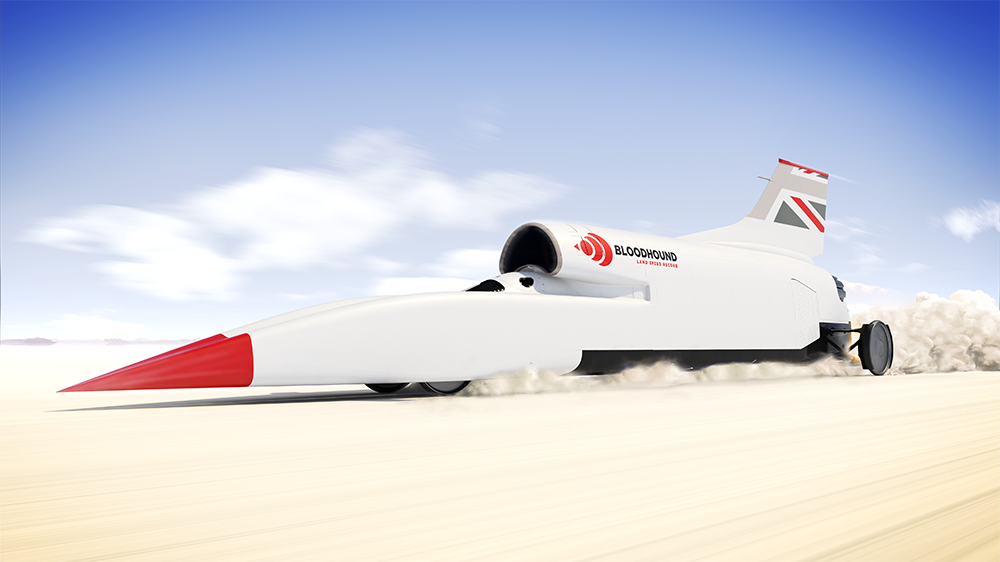 Driven by Royal Air Force pilot Andy Green, the Bloodhound LSR is powered by a Rolls-Royce EJ200 jet engine, which outputs provide nearly 10 tons of thrust. Following October and November’s test runs, the project will analyze the data gathered from the runs and try to break the current land-speed record of 763.035 mph, which was set by another car driven by Green in 1997.

The group behind the Bloodhound LSR believe the car can eventually reach a top speed of 1,000 mph. At that speed, the vehicle will cover a mile in just 3.6 seconds and its solid aluminum wheels will complete 10,200 revolutions per minute.