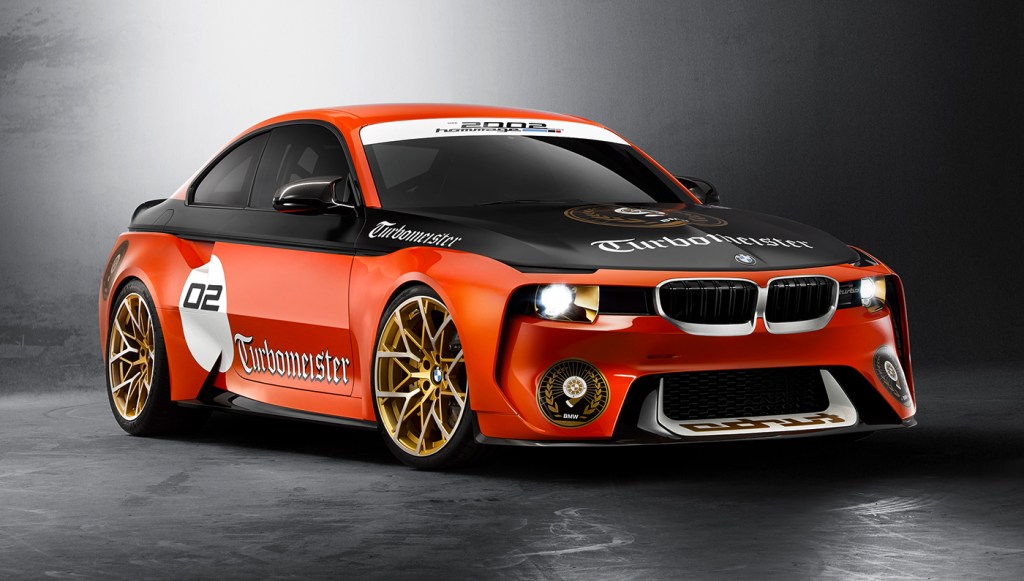 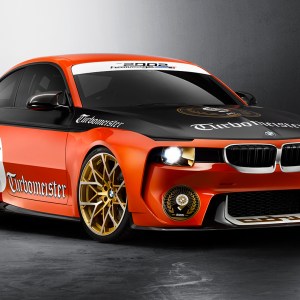 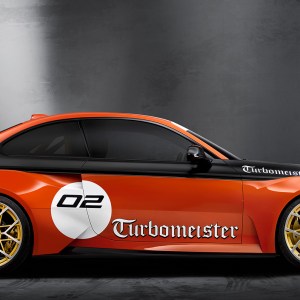 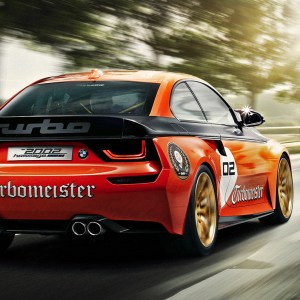 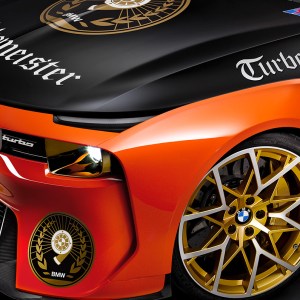 An automotive flashback in orange and black, the BMW 2002 Hommage made quite a splash at the Pebble Beach Concours d’Elegance on August 21. The vehicle, initially revealed at Italy’s Concorso d’Eleganza Villa d’Este in May, is a tribute to Europe’s first series-produced turbocharged car, a high-performance variant of the German marque’s 02 line. Named the BMW 2002, it debuted in 1973 with power-train technology that went on to make another BMW, the Brabham BT52, the first entrant with a turbocharged engine to win the Formula One World Drivers’Championship a decade later.

Dressed in its predecessor’s original racing regalia (including lettering and logos) and incorporating many of the same design cues, the contemporary coupe looks every bit the competitor. An exceptionally athletic stance is enhanced by prominent arches hovering over 20-inch alloy wheels with milled, multi-spoke rims (complemented by gold-colored brake calipers). Aerodynamic embellishments include front and rear spoilers, a shark nose–shaped front end, an oversize front apron, and a carbon diffuser at the back.

References to the past model include the hood’s “spear” contour and the two round, golden-hued headlights (the color reflecting the 50th anniversary of the 02 line) at either side of the iconic kidney-shaped grille. But modern appointments equally abound, such as a distinctive spoiler lip and the continuous carbon-fiber line that carries throughout the car’s circumference.

The one-off example follows another of the marque’s salutes to the seventies, last year’s BMW 3.0 CSL Hommage. Coincidentally, that concept was created to honor a model that won at Le Mans the first year the BMW 2002 was introduced. (bmwusa.com)