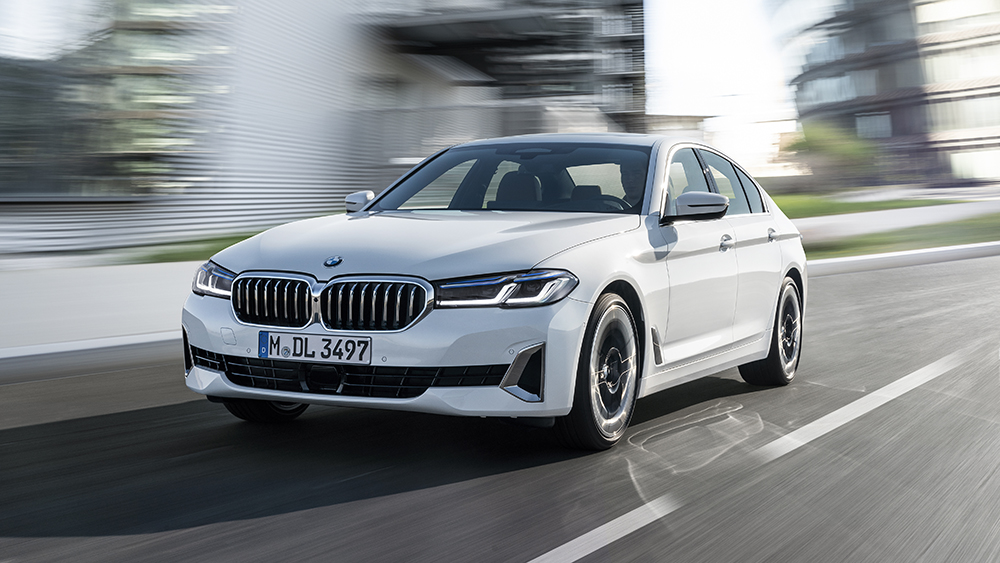 BMW may not be ready to fully redesign the 5 Series just yet, but that doesn’t mean there’s no room for improvement. As part of a mid-cycle refresh, the marque has tweaked the sedan’s design and, more substantially, updated the cars’ electric powertrain options.

On Tuesday, the German automaker unveiled online the eagerly anticipated 2021 model of the popular mid-size sedan. And while the changes aren’t exactly revolutionary, they do represent a clear evolution and should be more than enough to sway Beemer enthusiasts hoping for an upgrade.

First, the car has been given a subtle facelift. The sedan now sports a much more angular look, putting it more in line with the 3 Series. The body has been elongated by an inch, sharper lines and edges abound and the front has been outfitted with a wider kidney grille and stretched LED headlights. The tweaks combine to give the car a look that’s more modern and slightly more sinister.

The electrified powertrain options have also been given an update. While the entry-level 530i’s powertrain remains the same, the 530e plug-in hybrid’s 108 hp turbo-four engine is now aided by a new electric drive unit that includes a 12 kWh battery, according to a press release. When the engine and electric motor are working together, the car can churn out 288 hp and 310 hp. Additionally, the step-up 540i now includes a 48-volt mild-hybrid system, which the marque promises will make the car quicker and more efficient. Thanks to the new system, the sedan now offers 335 hp and 332 lb-ft. Finally, the brand has decided to leave the top-of-the-line M550i xDrive twin-turbocharged 4.4-liter V8 untouched, which make sense given that it already produces 523 hp and 533 lb-ft of torque.