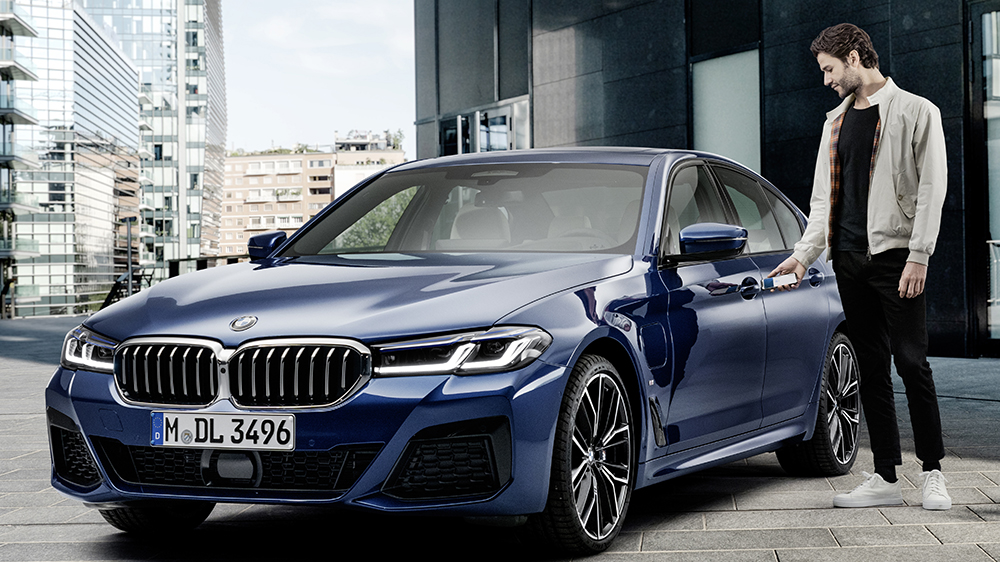 Leaving the house used to involve a requisite 15-minute hunt for the car keys. Soon, you’ll be able to just grab your phone. Apple has announced a new digital car key solution for iPhones, and BMW will be the first marque to introduce it to drivers.

The new system, which was announced at Apple’s annual World Wide Developers Conference on Monday, is compatible with iOS 13 and the upcoming iOS 14, and will be featured first in the 2021 BMW 5 series this July. While key-less tech isn’t exactly new, this new iteration does more than just remotely open your bimmer’s door.

BMW’s digital key, which will live in a BMW app inside the iPhone Wallet, utilizes a short-range wireless technology known as near-field communication (NFC). This allows drivers to simply tap the vehicle with their iPhone to gain access and start the engine by putting the phone in the charging tray.

But, the real gamechanger is that owners can share the key with up to five other people via iMessage. When sharing, you can determine whether you give full access or a restricted driving profile. Opt for the latter and you can control the car’s top speed, horsepower, maximum radio volume and more, which is perfect if you’re letting your kids take the new 5 series for a spin.

You won’t need to worry about running out of juice, either. Thanks to a special power reserve feature, BMW says the key will still function for up to five hours even if the iPhone turns off due to a low battery. The key is also compatible with the Apple Watch if you find the iPhone to cumbersome.

Apple is already working on getting the system compatible with more cars and, unsurprisingly, it’s putting major focus on security. The company is implementing secure hardware to ensure the encryption keys that make the phone or watch talk to the car remain on the actual device. That means no one else—not even Tim Cook—has access to that data. The digital keys can also be disabled directly from the phone, and if your phone goes missing, access to the vehicle can be revoked via the iCloud.