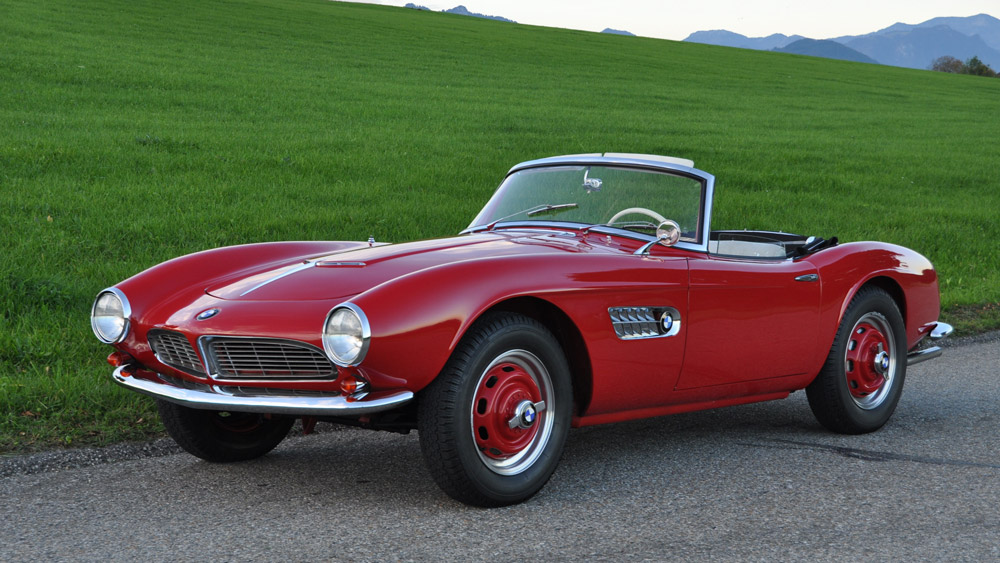 On December 1st, almost 30 blue chip collector cars rolled across the auction block at Bonhams’ headquarters on Bond Street in London’s Mayfair district. Overall, the sale achieved mixed results, especially when compared to the company’s Bond Street collector car auction held at the same time last year. Only 37 percent of the consigned vehicles reached a hammer price this year, down from 61 percent sold a year ago; however, the average price per lot increased from $493,330 in 2017 to $639,635 this time around.

One of only 252 examples built.  Photo: Courtesy of Bonhams.

This particular BMW 507 Roadster may be the most prestigious of the only 252 built, given that Count Albrecht Graf von Goertz, the automotive architect who designed the BMW 507, purchased it in 1971. The roadster’s significance in automotive styling was further cemented in the late 1990s when BMW introduced the Z8, a contemporary roadster specifically designed to evoke the classic lines of the 507. While this specific example’s connection to its famous designer certainly contributed to the car’s hammer price—a number that surpassed its high estimate by almost $200,000—the car’s value was also driven by its rarity, as fewer 507 Roadsters were built than another considerably rare classic German sports car, the Mercedes-Benz 300 SL.

The next best-selling lot in the auction, a 1964 Aston Martin DB5 4.2-Liter Sports Saloon, also outperformed its pre-sale projections, selling for $937,000—more than $60,000 above the high estimate. Aston Martin DB5s achieved their exalted status almost immediately, since the model was the first Aston Martin to be driven by James Bond in the long-standing film franchise, first appearing on the silver screen in the 1964 movie Goldfinger.

The DB5 that crossed the auction block.  Photo: Courtesy of Bonhams.

This particular DB5, however, stands out from most others for a few key reasons. First, although it has benefited from numerous mechanical and exterior restorations over the years (the car was recently repainted in its original Goodwood Green at the cost of more than $15,000), it has retained its original beige interior. Second, it is equipped with the preferred ZF five-speed manual gearbox of its era. Finally, its ownership history is concise and well documented. The original owner, who bought the car new in December 1964, didn’t sell the classic British coupe until 1996.

A 2011 Ferrari 599 GTO Coupe, one of only 60 right-hand drive examples built for the UK market, rounded out the top three sales at Bonhmas’ Bond Street auction, selling for $641,000—right in line with its pre-sale estimate.

One of only 60 right-hand-drive examples.  Photo: Courtesy of Bonhams.

With only 3,600 miles on its odometer, the car—painted Rosso Corsa with a Nero roof and Grigio alloy wheels—tantalized prospective owners who yearned to drive a track-ready and street-legal Ferrari. It is only the third model to be branded with the Italian automaker’s “Gran Turismo Omologato” (GTO) designation.