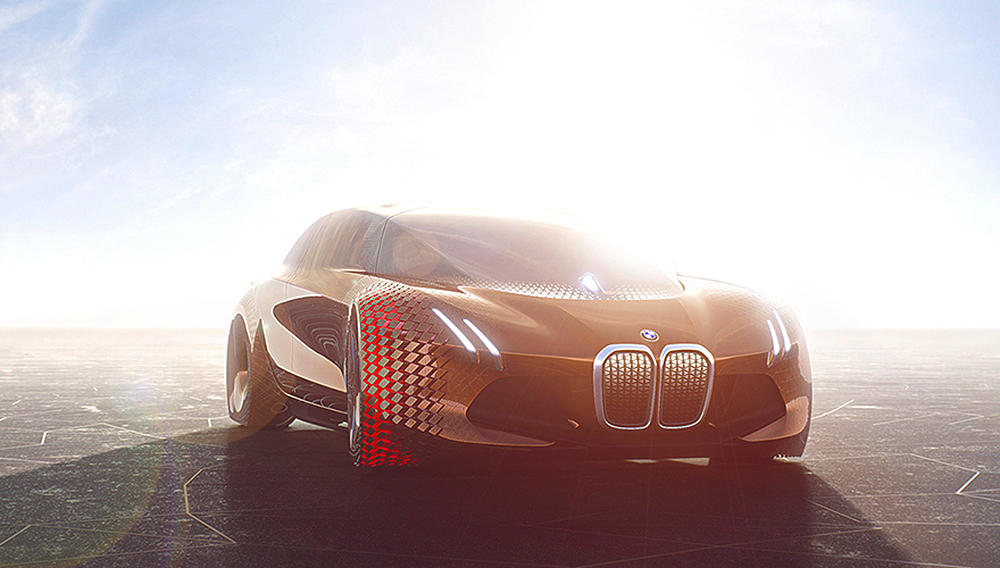 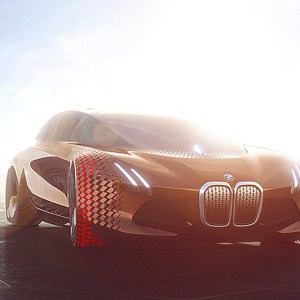 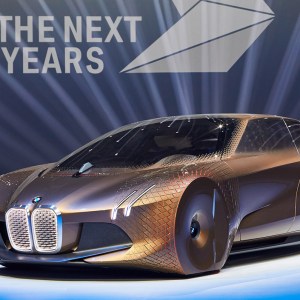 BMW marked its 100th anniversary with the BMW Vision Next 100, a concept car that demonstrates what the future of driving could look like. Made from recycled carbon fiber and other materials, the copper-colored coupe caters to the driver’s ever-changing needs. Offering a responsive and intelligent user experience, the car’s wing doors automatically unfurl as the hand of the driver approaches.

Cloaked in a reptile-like 3-D skin, the wheels are fused together with the car and the skin will shape-shift, stretching and contracting when the wheels turn.

Once the driver is seated, the steering wheel (which appears more like an aircraft yoke) extends from the dashboard and displays the BMW logo that the driver presses to activate the car. The vehicle is governed by Alive Geometry, a safety system that alerts the driver to varying road conditions, hazards, and oncoming traffic. A multiwidget windshield display conveys important data and possible danger.

BMW Vision Next 100 also offers Boost, a driver-controlled function that tracks steering points and speed to ensure a safe and smooth ride. And with Ease, a vehicle-controlled operating system, the steering wheel and console retract and the seats merge to allow the driver and front-seat passenger to face each other for easier conversation as the autonomous driving function kicks in.

The coupe debuted in Munich on March 7, exactly 100 years after BMW was founded. And while BMW hasn’t released any plans of putting the concept into production, the design certainly provides a compelling glimpse into the future of driving. (bmw.com)