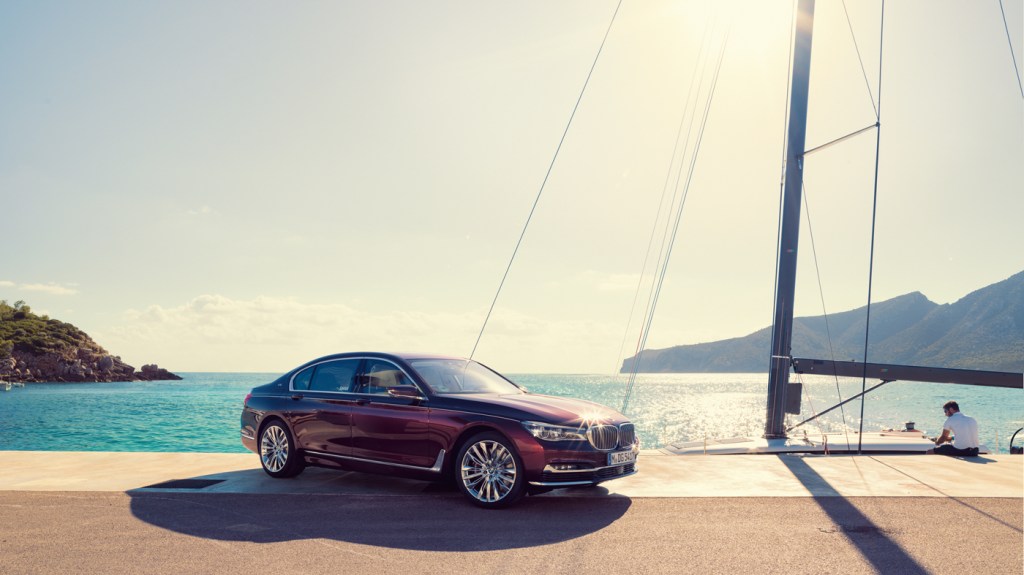 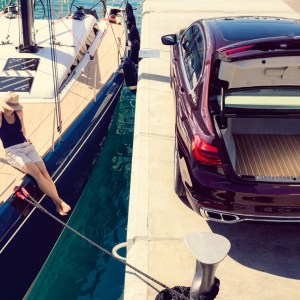 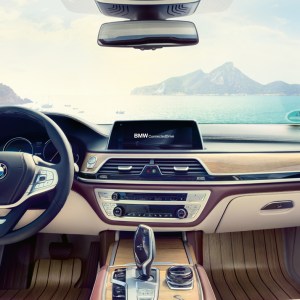 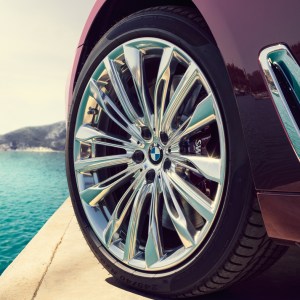 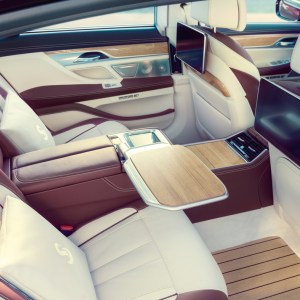 The sun still shines in Saint Tropez in October, where thousands of yachting enthusiasts have gathered for the Voiles de Saint-Tropez, one of the last major international regattas of the season. Parked along the docks, against a backdrop of traditional sailing boats and sleek superyachts, is a one-off BMW crafted from the powerful M760 Li. Appointed with bright chrome work, “the Swan” sparkles in Damask Red, a metallic version of a well-aged Bordeaux.

Robb Report was the only North American publication invited to drive the Swan in the French Riviera, just a few weeks after its official debut at the Frankfurt Auto Show. The car is a collaboration between BMW’s Individual bespoke division and Nautor’s Swan, one of the world’s most prestigious yacht makers. This year marks the 25th anniversary of BMW Individual, which was spawned after fashion designer Karl Lagerfeld asked BMW to put a fax machine in his car, and requested an interior trim to match the lining of his briefcase. Since then, BMW has created thousands of customized vehicles, including two subsequent cars with Lagerfeld.

The narrow roads leading from the harbor to the region’s southern beaches are by no means fast, nor are they particularly challenging—unless you count dodging bicyclists and oncoming trucks. But they are perfectly suited to the M760Li’s silky V12, which already helps the vehicle sail away like a luxury yacht. Although the model boasts similar performance to the V8-powered Alpina B7 (also built from the newest BMW 7 Series) there is something stately and unmistakably elegant about cruising with 610 hp and 12 cylinders under the hood.

Our path on the Route des Plages 93 is slightly inland, where much of the flora seems transplanted from deserts and the tropics. Roads are lined with walls of bushy bamboo, dotted with the occasional cactus. Bars and restaurants, now deserted post-season, are fashioned to look like grass huts. Even in the French Riviera, it seems the best vacation spots want to remind people that they’re somewhere else.

The interior of the Swan is wrapped in Criollo Brown merino leather, a color BMW had sent from its U.S. factory in Spartanburg, S.C. (where it’s offered as an option on X5 and X6 SUVs). BMW Individual’s leathers are sourced from the same farms used by Rolls Royce, high in the Alps where the mosquitos can’t bite, and therefore mar, the cows’ hides. Attention to detail goes far beyond the factory M760Li, with even the B-pillars wrapped in leather. Braided leather piping is woven by hand at a rate of one meter per hour. The most noticeable nautical touch is the oak slatted floor mats, made in Finland from the same wood found inside Nautor’s Swan’s yachts. And the swan logo is embroidered on the front headrests and plush leather pillows on the rear seats.

Soon we emerge from the faux-tropical setting and find ourselves amid the region’s famous Rosé vineyards. This is a cruising car, no doubt, something of which we’re reminded when we admire the golden grape leaves a moment too long and brake late for a sweeping turn. Our German driving compatriot, whose rear-end was practically hurtled into the car’s vast chasm of legroom, responds tactfully. “The best chauffeurs,” he says, sliding himself back onto his seat, “practice the floating method of driving.”  While we will never apply for such a vocation, we are nonetheless grateful for the M760Li’s large performance brakes which, incidentally, have the Nautor’s Swan logo welded to the calipers.

We arrive at nearly empty beaches in Ramatuelle, where a blustery wind plays upon blue-green Mediterranean waters. It is here that we admire the Swan’s crowning glory, a teak-lined trunk floor that mimics the deck of a sailboat. Each slat, also made by Nautor’s Swan, is joined with thin strips of rubber that flex with temperature changes and the car’s movement, thus protecting the pliable wood’s integrity. The inside of the trunk lid is lined with luxe white Alcantara. It’s a shame that it’s relegated to a part of the car many will never see.

It took nine months to create the Swan from planning to completion, including a week for assembly. As with other BMW Individual one-off cars, the Swan had to be removed from the production line to incorporate its custom details, most of which were done by hand. In a company where things are designed to be efficient, that requires some finagling. Matthias Babel, head of the Exclusive Customer Advisory division of BMW Individual, helps customers design their dream cars and works with the factory to help facilitate the production process. “The guys at the plant are like this when they first get the request,” Babel says, frantically clutching the top of his head. “But when they see the finished product, they’re excited too.”

BMW Individual can customize any model starting with the 3 Series and up. Customers choose from 25 different colors of leather, numerous fabrics, 120 paints (including a wide range of matte colors), and any other special requests. Trims can also be customized, such as two-tone inlaid wood and mother-of pearl. “It’s great to see the passion of the customers, and it’s a great challenge for us to be able to do something unique,” Babel tells us. One customer from Germany who produced handbags made of salmon skin requested the same trim in his car. “As you can imagine, we had to work quickly to avoid the smell,” Babel laughs. Another client from the Middle East requested a mother-of-pearl dash inlaid with diamonds. BMW Individual also works with corporate clients, such as the Peninsula hotels.

In the past three years, BMW Individual has already doubled its orders, and the division hopes to double it again in the next year. Babel cites the increasing popularity of customization across many brands, such as Nike ID. Prices range according to the materials and amount of work involved. As for the Swan, “you can’t put a price tag on it because it’s a lot of hours.” But, he adds, “Anything is possible. It’s just a matter of price and time.”