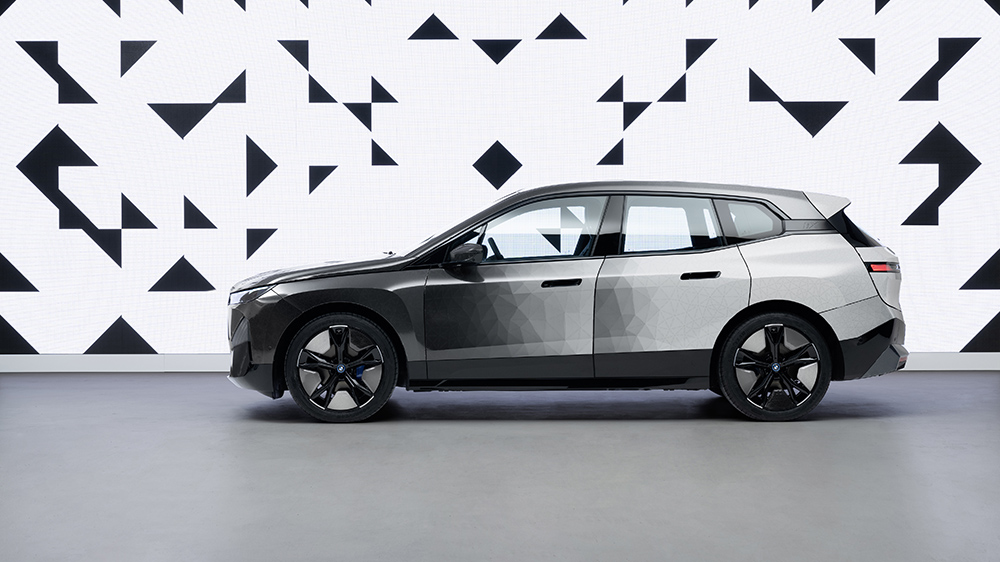 It’s one thing to hear or read about a technological innovation. It’s another to actually see it in action.

Take, for example, the color-changing technology that BMW first teased last month in the lead up to CES 2022. It sounded intriguing at the time, but you’d be forgiven of skepticism. After all, how can a car change its own color? Well, color us impressed.

The German marque brought a battery-powered SUV to Las Vegas this year: the iX Flow. But this is no run of the mill CES EV concept. This new variant has a whole new kind of feature. Specifically, it can change its body color with the simple touch of a button. Don’t believe it? Well, watch this video that was posted by the Out of Spec Studio’s Twitter account:

This color changing @BMWUSA #iX is wild! It’s apparently very temperature sensitive so they have a backup in a trailer in case this one gets too hot / cold pic.twitter.com/lXG1Gw0IKY

In the 12-second clip, you can see the SUV suddenly change from black to white. That alone would make for a solid demonstration of the aptly named E-Ink technology, but what happens next is even more striking. When another button is pressed, you see the color shift happen in slow motion, with a small black section traveling across the body of the vehicle from front to back, leaving white behind after it passes. That means E ink can display multiple colors at once.

The new technology isn’t a paint, it’s a specially designed body wrap. When an electrical charge is applied to it, electrophoretic microcapsules embedded within the wrap bring different pigments to the surface, allowing the vehicle to take on that color. It similar to how an e-reader like the Amazon Kindle works. It would seem that the only colors available right now are white and black, but if BMW can get the wrap to display more colors, it’s not hard to see this becoming a very desirable feature. Imagine being able to change the color of your car based on the occasion or just to reflect your mood?

Although BMW has proven its color-changing technology works, don’t expect it to be available as an option anytime soon. It’s clear there are some things that still need to be ironed out. In addition to more color options, Out of Spec Studio’s tweet demonstrates that the technology is also temperature sensitive. We also have no idea how much it would cost, but we’d imagine it will change a car’s price substantially. Hey, the (color) bleeding edge is never cheap.