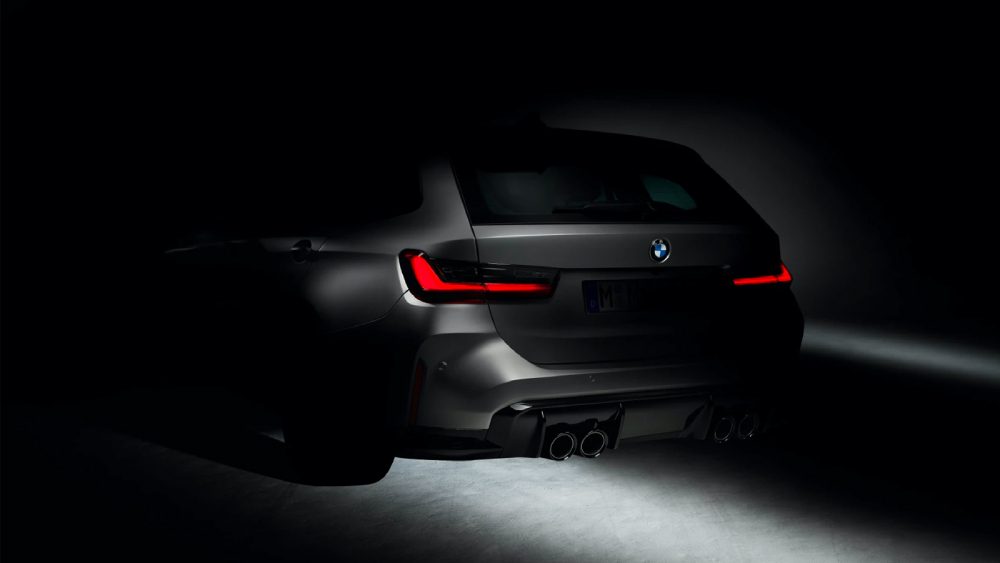 BMW is in the midst of diversifying its lineup with a bevy of electric vehicles. But its most exciting entry may be the one it teased earlier this week: its first-ever M3 Touring Wagon.

The German automaker offered a glimpse of the prototype––currently undergoing work in Garching near Munich––in a shadowy image on Wednesday with only a portion of the rear end visible. The new model promises to meld BMW’s signature performance with a wagon’s family-friendly hauling capabilities. It’s a combination previously reserved for the M5, which was accompanied by a Touring in both its second and seventh generations. Mechanically, it is expected to more or less match the M3 sedan and M4 coupe, the latest iteration of the former celebrating its world premiere in September of this year and the newest version of the latter set to debut in 2021.

Specific details remain scarce, but what we do know suggests the new wagon will share the M-Series’ focus on performance. Its wide axles, large front air intakes and four exhaust tailpipes all certainly seem to point in that direction. The five-door automobile is set to have a six-cylinder M TwinPower turbo engine under the hood and a variable luggage compartment that many fans of the brand have called for.

BMW doesn’t offer much information beyond that, but wrote cheekily in a press statement, “Further speculation on engine and performance is quite welcome.”

But don’t get too excited just yet. The car isn’t exactly ready to roll off the assembly line. The first BMW M3 Touring Wagon is in the earliest stages of what is estimated to be a two-year development process. The lengthy process is in keeping with other M3 models whose prototypes must meet approval for testing on public roads before intensive testing and fine-tuning on the Nordschleife of the Nürburgring. We think it’ll be worth the wait.