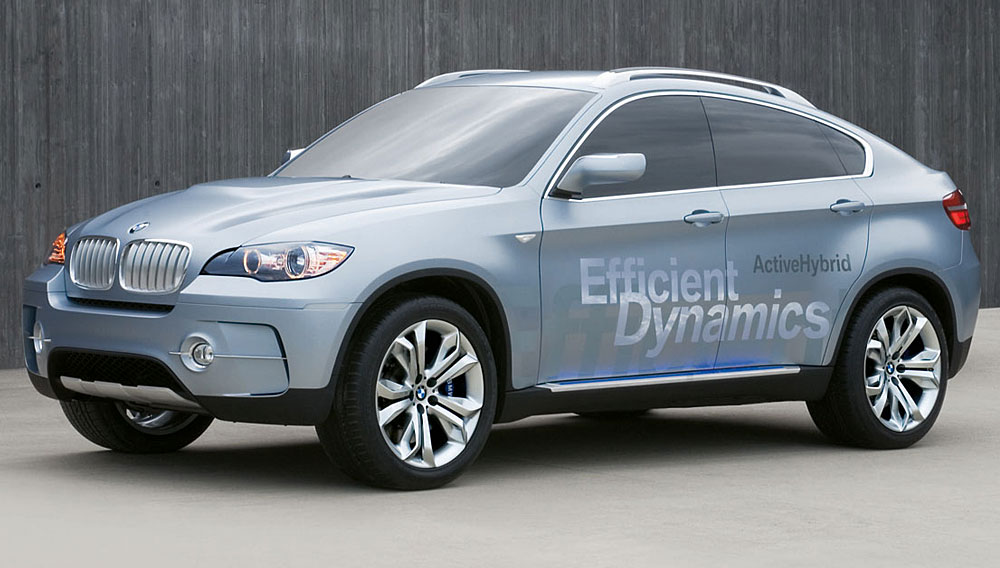 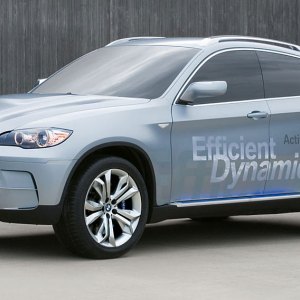 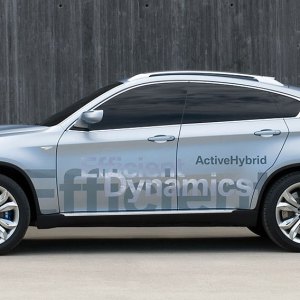 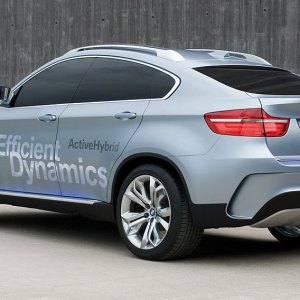 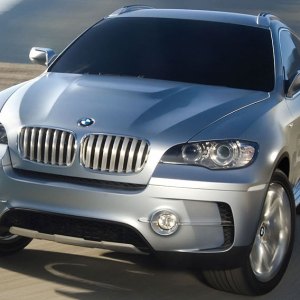 Most gasoline-electric hybrids are all about fuel economy, cars that resolutely eschew any notion of driving pleasure for the intangible satisfaction of big MPGs. That’s not so much the case with the 2010 BMW ActiveHybrid X6, a four-door, fastback-styled “sports activity coupe” that has no qualms about piling on the power. Providing the motivation is BMW’s now-familiar twin-turbocharged 4.4-liter V-8 engine with direct injection, producing a very stout 400 horsepower, and a pair of electric synchronous motors, delivering an additional 91 and 86 horsepower, respectively. Total system output of 480 horsepower and 575 foot-pounds of torque reaches the pavement through a sophisticated seven-speed transmission and BMW’s xDrive all-wheel-drive system.

The ActiveHybrid X6’s performance, no surprise, is decidedly un-hybrid-like: zero to 60 mph in 5.4 seconds and an electronically limited top speed of 130 mph. For those trips where maximum velocity isn’t a top priority, however, the ActiveHybrid is quite happy to waft along on electric power alone at speeds up to 37 mph and for as far as 1.6 miles. Official EPA fuel economy numbers are forthcoming, but BMW is claiming a 20-percent improvement over the non-hybrid X6 xDrive50i, or about 22 mpg on the highway. Pricing hasn’t been announced, but look for the ActiveHybrid X6 to command a healthy premium over the $66,650 X6 xDrive50i when it lands in American showrooms late this year. (bmwusa.com)