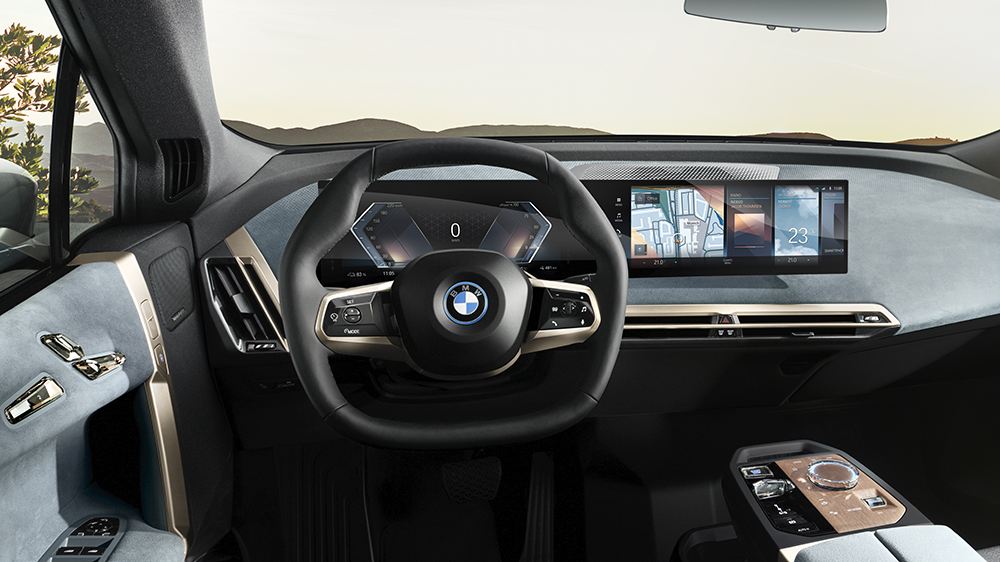 BMW wants to put the AI in infotainment.

The German automaker unveiled the eighth generation of its long-running iDrive infotainment system on Monday. The upgraded suite features a curved display, enhanced voice command system, and massively improved artificial intelligence is at the heart of it all.

The most noticeable aspect of the iDrive 8 is its long, curved display. Stretching from the driver’s cockpit to the center of the dash, the unit features two screens: a 12.3-inch digital instrument cluster and a 14.9-inch infotainment touchscreen, according to a press release. From the instrument panel, you’ll be able to monitor the vehicle and drive, and from the infotainment system you can pull up directions, select entertainment options and adjust the climate control settings. The new BMW ID and My Modes features will offer improved personalization, so that the vehicle adjusts itself to your preferences when you sit in the driver’s seat. And if you have multiple bimmers in the family, eventually your BMW ID profile will be shareable across multiple vehicles through an over-the-air update.

The system also features an improved voice control system. The iDrive 8, the company says, is much better at picking up what you say and differentiating between speakers when there are passengers in the vehicle with you. This improvement is due to the system’s new AI, BMW Intelligent Assistant (though you can name it whatever you want), which can handle more vehicle functions.

The iDrive 8’s new “brain” can process 20 to 30 times the data volume of past systems, reports The Verge. It’s also been designed to support both Level 2 and Level 3 autonomous driving systems. The first system includes features we’ve already seen, like lane keeping, blind spot detection and emergency braking, while the second will eventually offer near-full automation. Level 3 allows your car to drive itself, though you will be able to take back control upon request.

“It is not an evolutionary step from what we had in the [previous] generation,” BMW’s chief technology officer Frank Weber told the website. “It’s an all-new system when it comes to sensors, computing, [and] the way it was developed.”

Despite all its new touchscreen features, the system does still have physical controls. At a time when some automakers are starting to rid their infotainment systems of physical buttons completely, BMW’s features its trademark center console-mounted rotary controller. It has half as many buttons as the iDrive 7’s controller, but will still let you select entertainment options and adjust the climate control system, as well as shift the vehicle.

You’ll have to wait a bit to experience the iDrive 8 infotainment system yourself, though. It won’t be available in one of the marque’s vehicles until the all-electric i4 sedan launches later this year. It’ll also feature in next year’s iX SUV. Although no timetable has been announced, the system will eventually be available throughout the brand’s lineup of vehicles, too.