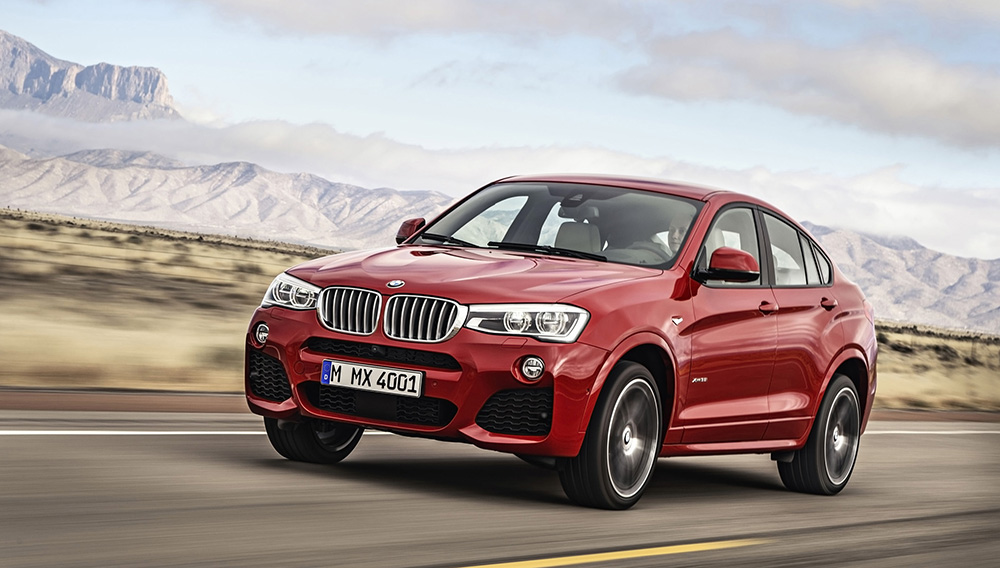 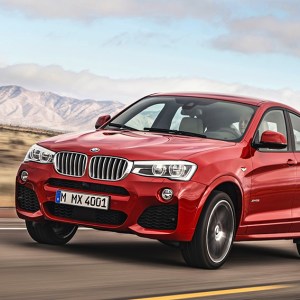 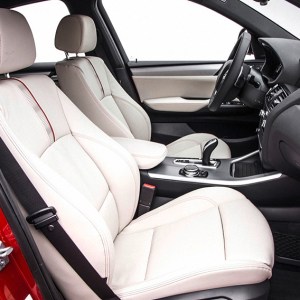 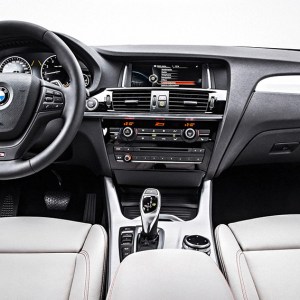 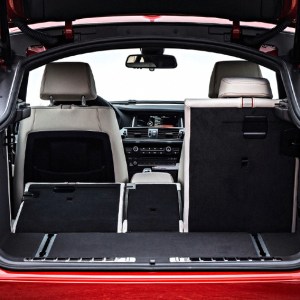 The 2015 BMW X4, which debuted at the New York International Auto Show in late April, is based on the taller X3 SUV but has a silhouette similar to that of the X6 “Sport Activity Coupe”—a term coined by the German carmaker to connote the crossover SUV’s coupe-like curves and performance. The X4 is available with two high-performance engine options: The X4 xDrive35i variant includes BMW’s flagship TwinPower Turbo 6-cylinder engine, which offers 300 hp and 300 ft lbs of torque for a zero-to-60-mph time of 5.2 seconds, and early indicators show that it will be capable of achieving more than 30 mpg, though official fuel-consumption figures are not yet available; the X4 xDrive28i variant includes a 2-liter 4-cylinder TwinPower Turbo that produces 240 hp. Both versions offer BMW’s xDrive all-wheel-drive system and a wealth of standard features, including sport steering, BMW’s Performance Control, a leather steering wheel with gearshift paddles, and an electric tailgate; smart parking assistance is optional. M Sport and xLine trim packages are also available as options. The cabin of the X4 has generous amounts of space for up to five people, thanks to the standard 40:20:40-split rear-seat backrest. Pricing for the X4 starts at $45,625. Both variants are expected to go on sale in the United States this July. (www.bmwusa.com)