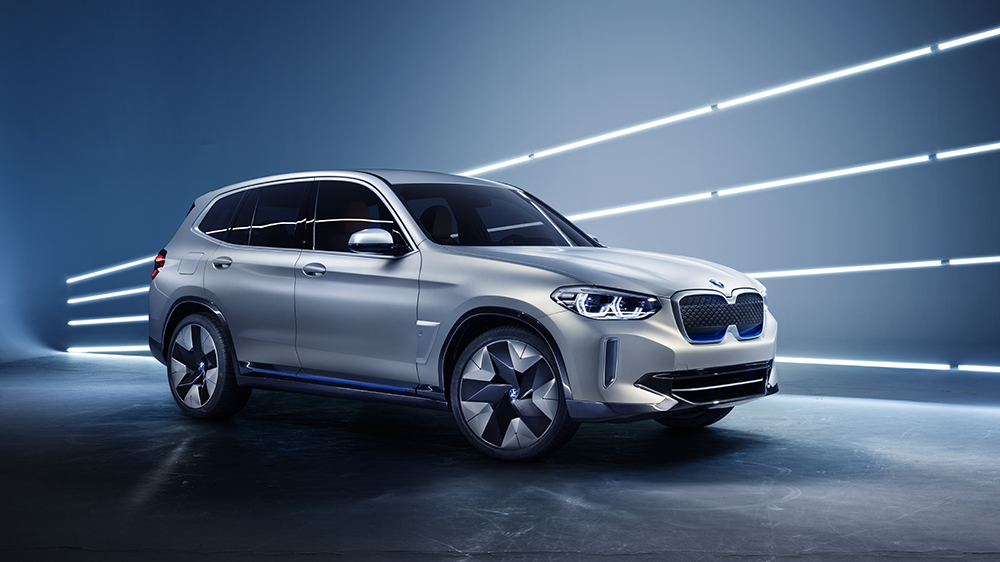 Turns out not all concept cars are relegated to one-off purgatory—some actually make it to production. Almost two years after BMW unveiled the iX3 prototype at the Beijing Motor Show, the company has announced plans to put the electric crossover into production starting next year.

The new vehicle will be the first battery-electric variant of the German automaker’s popular small SUV, though a plug-in hybrid version will also be introduced next year. First launched in 2003, the X3 is one of the automaker’s most successful vehicles and is part of a wave of crossovers that have come to dominate roads in both American and Europe over the last decade.

On Wednesday, BMW announced in a press release that the iX3 will be powered by its fifth-generation electric powertrain, which will also be used in the upcoming i4 and iNEXT electric cars. Grouped in a single housing to keep things as compact as possible, the SUV’s motor, transmission and system electronics will get their juice from a 74-kWh lithium-ion battery pack. Initially, the single-motor vehicle will only be available with rear-wheel-drive, but a dual-motor, rear-wheel-drive variant is expected to follow, though one has yet to be confirmed.

While efficient and emission-free, the iX3’s powertrain will also be plenty powerful as well. According to BMW, the SUV’s motor will deliver 286 horsepower and 295 lb-ft of instant torque. More impressive will be its range, which is expected to come in north of 273 miles. This figure was reached using Europe’s optimistic WLTP testing cycle, but the EPA estimate figure doesn’t figure to be that much lower.

From an aesthetic perspective, the iX3 will look quite similar to the gas-guzzling version of the X3. Featuring slightly sleeker lines, the main difference are a closed off (and very large) kidney grille, electric blue accents and aerodynamic, matte-finished wheels—design flourishes that are shared by the i4 and iNEXT.

“The BMW iX3 is yet a further milestone in the consistent realization of the BMW Group’s electrification strategy,” the company said in the release. “In 2020 the BMW X3 will become the brand’s first model available both with conventional petrol and diesel engines as well as plug-in hybrid and purely electric drive. With this ‘power of choice’ offer, the globally operating company is taking into account the various different requirements and needs of their worldwide customers worldwide as well as maximum effectiveness in the reduction of CO2 emissions.”

While BMW was forthcoming with performance specs for the iX3, no information regarding pricing has been made available yet, though the standard X3 starts at $41,950. Sales will begin early next year, with deliveries expected to follow shortly after.