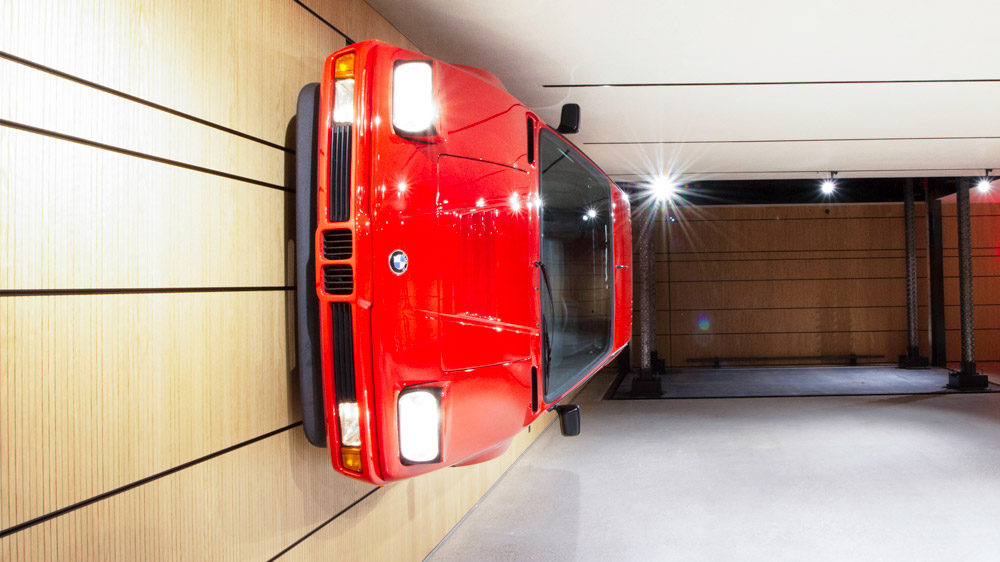 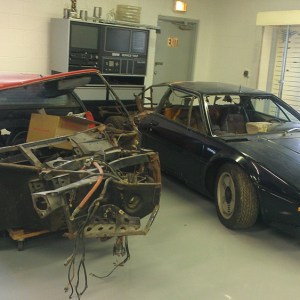 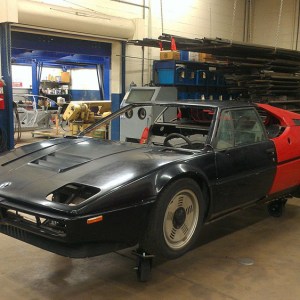 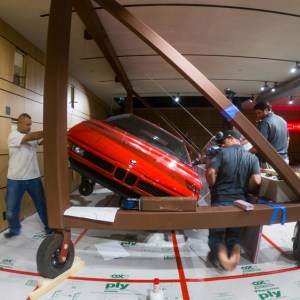 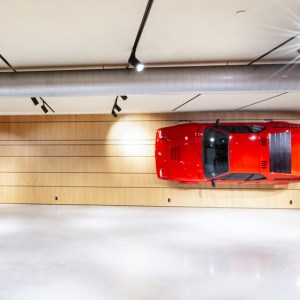 As automotive art goes, BMW’s mid-engined M1 is a masterwork. Sculpted by legendary Italian designer Giorgetto Giugiaro, this wedgy coupe is an icon of supercar style and simplicity.

And these days, it’s become a pretty pricey piece. With just 453 built between 1978 and 1981—20 of them being racecars—the M1’s rarity means that if you want one today, you’ll need to hand over close to $1 million for a top-notch example.

So when a BMW collector from Chicago got the chance to buy not one, but two wrecked M1s, the decision was simple—transform them into a display that could be mounted to the wall of the amazing three-story “garagemahal” he was building in Austin, Tex.

The story begins in April 2015 when the collector (who prefers to remain anonymous) bought a front-end-damaged red 1980 M1 for $125,000 on the Bring A Trailer collector-car auction website. The idea was to use it as a parts source for the two pristine M1s he already owned.

A year later, another heavily-damaged M1 popped-up on the same site, this time a black car with its rear-end literally melted away after the building it was being stored in caught fire.

“At first I thought to merge the two into a working automobile. But then it occurred to me that things can be done to a wreck, or pair of wrecks, that would be borderline criminal to do to a working running car,” he wrote on the website.

The solution was simple; take the two cars, produce one bodyshell, and create a stunning conversation piece.

BMW M1 restoration specialists, The Werk Shop in Libertyville, Ill., were tasked with surgically connecting the two cars. This was done by creating a new lightweight aluminum frame to mount the salvageable fiberglass body panels. A new interior was also added and the completed body given a concours paint job in original M1 red.

The cars were combined by The Werk Shop in Libertyville, Ill.  Photo: Courtesy.

There’s no engine or transmission in the wall mount; The Werk Shop had already removed that from the crashed red car, rebuilt and restored it, and mounted it on a rolling display frame for the owner to showcase in his new home.

The real challenge, however, was hanging the 1,000-lb car in the garage. A wheeled steel frame was built to hoist the car on its side and move it to the wall where it was anchored in place with 16 bolts.

Says the owner: “A lot of hours were spent by many talented individuals to make this idea of an M1 Art Display a reality. But finally I have a BMW M1 hanging from my wall.” Even Leonardo da Vinci would be delighted.