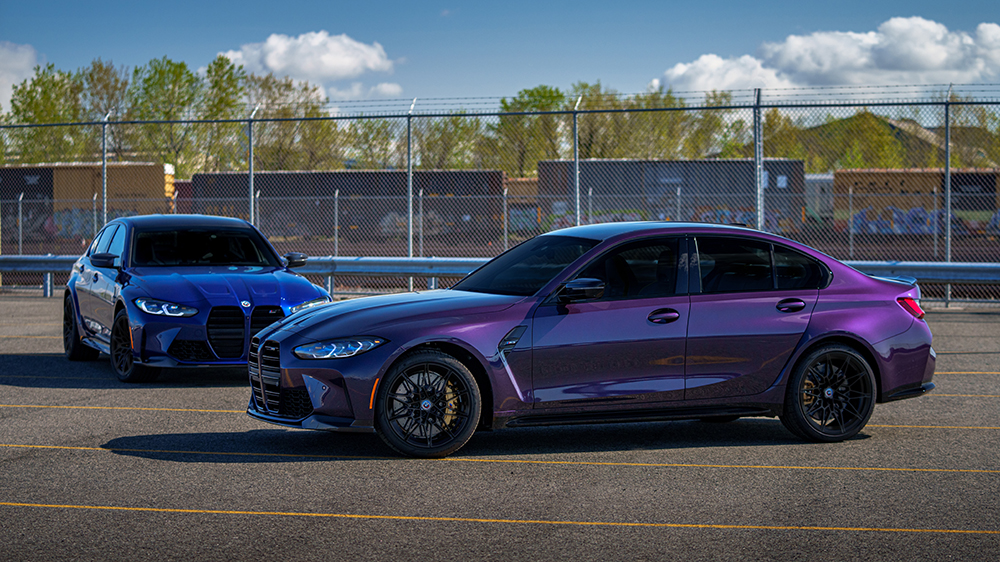 The BMW M3 just got a lot more colorful.

BMW has just announced a limited-edition version of the current model that will be available in one of five special hues, including two resurrected for the variant. The M3 Edition 50 Jahre BMW M is designed to celebrate 50 years of the German automaker’s performance division with each color representing a different generation of the M3.

Color isn’t the only thing that sets this M3 apart from its peers. The sporty sedan rides on a set of star-like 826M wheels finished in satin gray and you can opt for either red, blue or black brake calipers, too. Open up its four doors and you’ll find door sills that read “Edition 50 Jahre BMW M,” M stripes on the front and back seats and a numbered plate. Each car also comes with matching rolling suitcase with “50 Jahre” on it. “Jahre” is German for “years.”

Of course, color options—as fun as they may be—and unique anniversary details aren’t the only reason to opt for the M3 Edition 50 Jahre BMW M. The variant is based on the 2023 M3 Competition xDrive. That means that each example is equipped with a twin-turbocharged inline-six that pumps out up to 501 hp and 479 ft lbs of torque. The mill is connected to an eight-speed automatic gearbox that sends power to all four wheels. Thanks to all that, you’ll be able to rocket from a standstill to 60 mph in just 3.4 seconds and reach a top speed of 155 mph.

The M3 Edition 50 Jahre BMW M will go into production this summer and sale later this year. It’ll be limited to just 500 examples in the US, each of which starts at $96,695. That’s $8,550 more than the non-anniversary M3 Competition xDrive, but we wouldn’t be surprised if there are enthusiasts will to pay extra for the special hues.