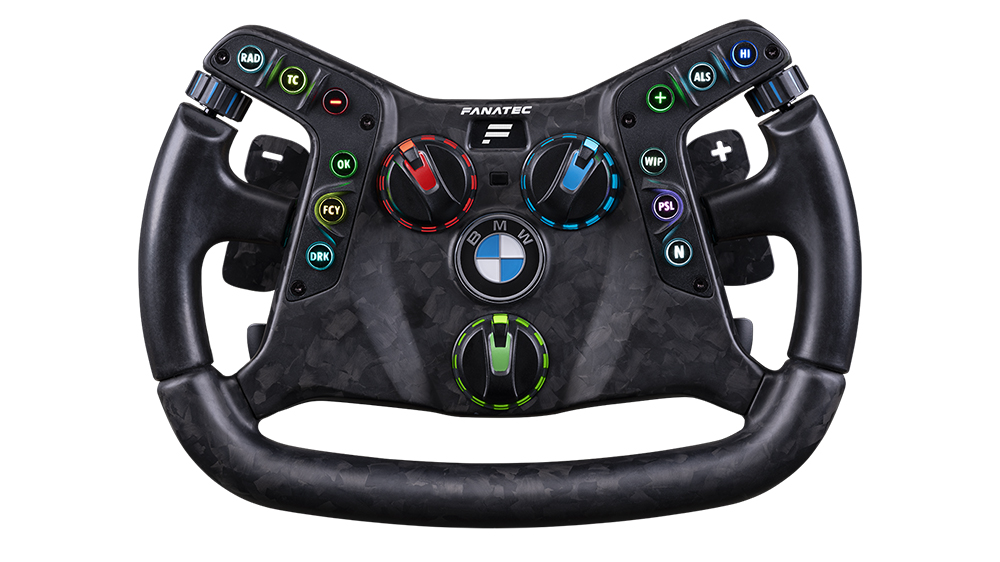 The goal of any gaming gear is to bring realism to an otherwise virtual experience. BMW has designed a new racing wheel that delivers on that promise—and then some.

The marque partnered with Fanatec to build the new Podium Steering Wheel that can be used in gaming or an actual BMW M4 GT3 race car. In fact, it’s the exact same wheel that will be equipped in the new GT that’s slated for release in 2022. That means you can get behind the literal wheel of a race car in the comfort of your own home.

BMW’s experience in motorsport coupled with Fanatec’s technological know-how means this hardware is constructed to meet the demands of both real-life and virtual racing. The wheel is compatible with CAN bus, the industry standard for automotive communication, plus it features a quick-release mechanism that allows you to use it on-track in the GT or a simulation rig via Windows and PlayStation.

The wheel itself is forged from eight layers of carbon fiber and features rubber hand grips to ensure you don’t slip while taking hair-pin corner. It’s fitted with dual-action magnetic shifter paddles and an array of buttons and dials for you to fiddle with. Naturally, these are RGB backlit because this is a gaming gadget after all. There’s also a D-pad cleverly tucked away under the BMW badge.

The wheel is fitted with an array of buttons and dials for you to fiddle with.  Fanatec

The steering wheel is set to roll out in the second quarter of 2021. Fanatec and BMW have yet to announce a price, but considering that this is a legit race car component, it likely won’t come cheap. Apparently, the steering wheel inside a Formula One car costs $50,000 alone and gaming rigs like the one recently unveiled by Aston Martin can set you back nearly six figures.