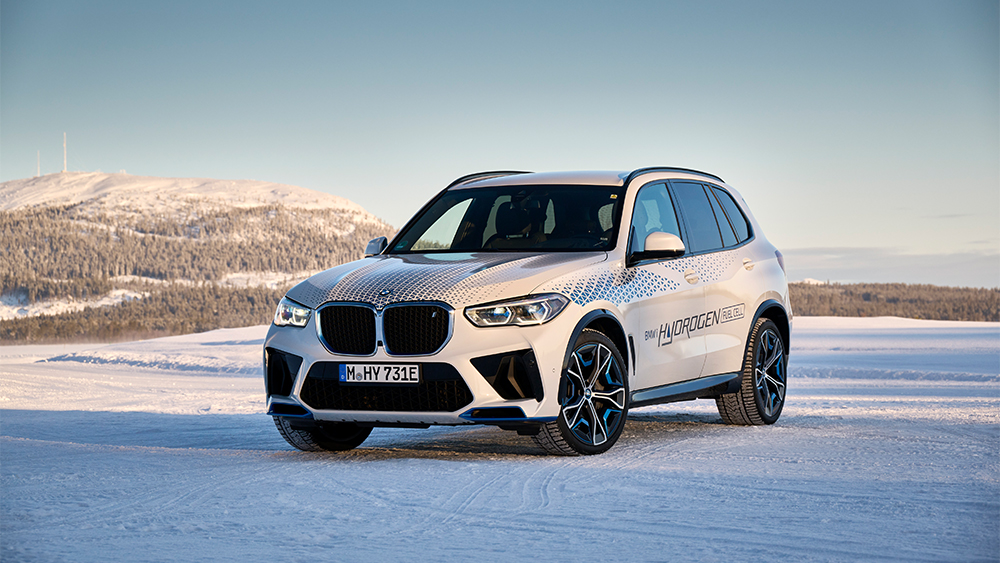 For being the most abundant element in the universe, hydrogen sure gets a bad rap. H2 powertrains have been on the cusp of breaking through seemingly forever, but the explosive growth of battery electric vehicles has continued to relegate hydrogen power to the backburner.

Hydrogen’s latest rebuttal against the dominant paradigm comes in the form of a partnership between two carmaking juggernauts: BMW and Toyota. Like virtually every other carmaker on the planet, the two have tried their hand at hydrogen before—from BMW’s curious V-12-equipped Hydrogen 7, to Toyota’s remarkably normal, fuel cell-powered Mirai.

BMW has been defending hydrogen for years, while continuing to further its full battery-electric agenda through new models like the iX, i4, and i7. Meanwhile, Toyota has pioneered volume hybrid gas-electric drivetrains with the sales tsunami that began with the Prius. The anticipated 2025 ramp up may come as a surprise to hydrogen skeptics, but critics should note that the Bavarian brand’s past collaborations with Toyota on the Z4 and Supra were mutually beneficial, both from a creative and business perspective.

Although BMW has not been nearly as bullish on EVs as other manufacturers, sales chief Peter Nota reveals that the union could help achieve its target of 50 percent electrification across the lineup two years ahead of its current expected date of 2030. While hydrogen has never been the end goal for either manufacturer, hedging on the technology together offers a safer route as countries like Germany invest billions in hydrogen, further fueling projects like the iX5 hydrogen fuel cell SUV.

There’s no reason to doubt the technical prowess of two heavily engineering-focused manufacturers. But hard questions arise with a variable that can’t be ascribed to a number: desire. If the carmakers can combine the reassurance of a compelling brand experience with styling that makes you look over your shoulder as you walk away, hydrogen could very well play a supporting role in the future of sustainable transportation.