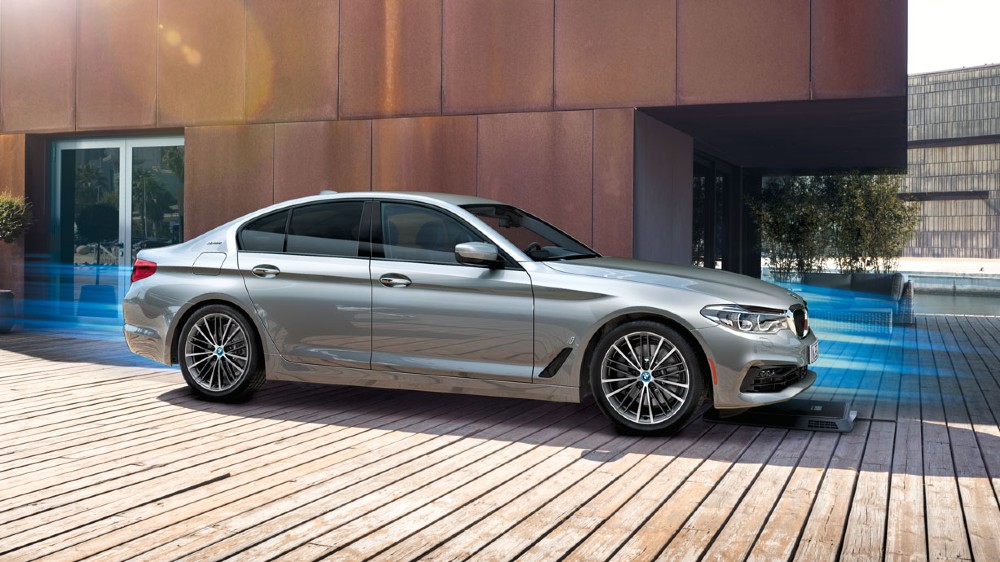 BMW thinks there are better and more convenient ways to charge an electric car than by plugging it in. The Bavarian automaker plans to launch a wireless charging pilot program in California that will make it that much easier for 5 Series hybrid drivers to top up their battery.

Last week, the company announced that 200 select Californians will get the chance to charge their new 2019 530e plug-in hybrid via magnetic induction in the very near future. First launched in Germany two years ago, the program is a first for a major automaker in the U.S.

BMW’s set-up doesn’t sound all that different from how you wirelessly charge a smartphone. Once a car has been outfitted with a special car pad, all the driver needs to do is park it above a ground pad and charging will begin automatically. Separated by three inches, the ground pad generates a magnetic field that the car then converts into electricity. With a charging power of 3.2 kilowatts per hour and an efficiency of 85 percent, it takes about three-and-a-half hours for the battery to reach full capacity.

The pilot program will be limited to a select group of BMW drivers at first. In order to qualify, you must be a California resident, live in a house with an enclosed garage and be willing and eligible to start a three-year lease on a 530e. If you meet those qualifications and are selected, Qmerit will install a ground pad at your home. BMW will cover installation, maintenance and removal costs, but you’re on the hook for the car. Luckily, that car will be a fully-loaded 530e with the M Sport package.

Those interested in the program can apply to enroll in the program now. To get things started, you’ll need to fill out two surveys—one to determine whether you need any special permissions to have the system installed and another to assess whether your house, garage and electric grid meet the system requirements. All in all, a small price to pay to never have to plug your car in—or go to the gas station—again.