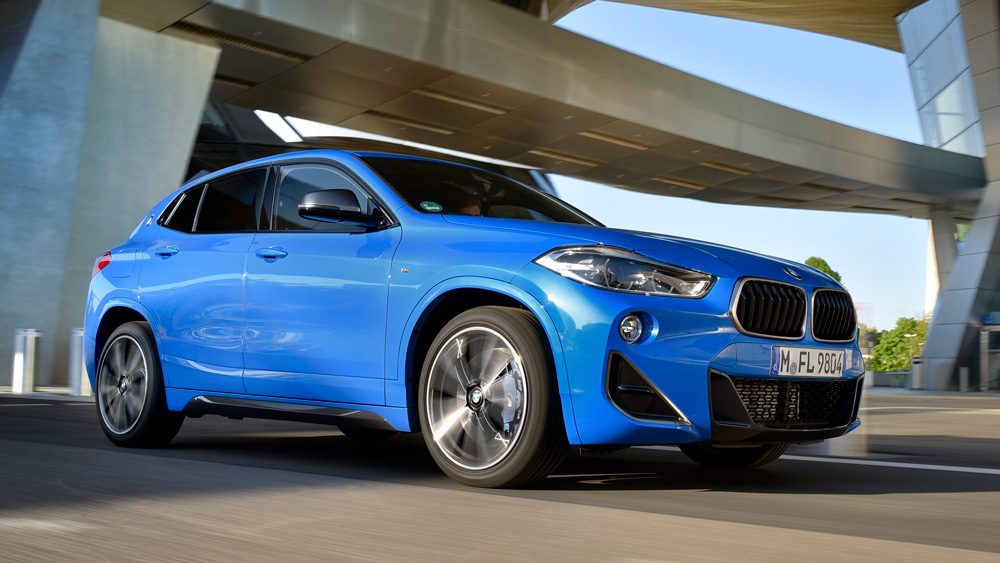 As crossovers and SUVs become more popular with American consumers, auto manufacturers have been looking at new ways to accommodate demand.  BMW’s answer is the X2 Sports Activity Coupe, which rides higher than a car but has the form of a coupe, namely a tight rear-end design. Many crossovers today are boring or even just plain rubbish. But thankfully, the engineers over at BMW were able to do some pretty exciting things with the X2 M35i, which makes it drive more like a sports car than a crossover.

For starters, the X2 M35i receives BMW’s 2.0-liter TwinPower turbocharged four-cylinder engine—a new benchmark in four-cylinder power and torque delivery for the BMW brand. Since this X2 does wear the coveted M performance badge, the designers knew it couldn’t just be a sporty looking car, but also needed to have real guts inside too. Not only does the X2 M35i have the first four-cylinder engine in an M vehicle, it has BMW’s most powerful production 4-cylinder ever.

The X2 M35i rides higher than a car but has the form of a coupe.  Photo by Kyle Edward.

This potent engine delivers 302 hp and a very impressive 332 ft lbs of torque. That’s enough power to get this X2 from zero to 60 mph in just 4.9 seconds. But it’s how the X2 handles that power—giving you a ton of low-end torque—which makes the M35i a ton of fun to drive.

While the X2 does sit higher up off the ground than your average sedan, it’s still relatively low compared to other crossover vehicles, which makes it a great candidate for carving canyon roads.

The M version enjoys an upgraded suspension system that has been specifically tuned for the additional power and sportier driving dynamics.  BMW engineered a sport differential in the front axle, which effectively reduces possible traction losses on the front wheels.  It also has a beefier braking system with large brake calipers in the signature Dark Blue M metallic.

Lastly, the steering system features a quick responsiveness, which conveys an incredibly direct and precise feel while steering.  Once you break out onto the open road, you can really feel how all of the M mechanics work together to make one very exciting vehicle to drive.

So many vehicles claim to be sporty when they really aren’t, or have a “sport version” made to look more aggressive than the standard model. When I first heard about the X2 M35i, I thought it was just going to be another marketing gimmick. Make the engine produce a little extra power, add some black exterior panels, and call it a day.  But when I realized everything that BMW, from the suspension, to the transmission, to the engine, I really understood that the X2 M35i is the real deal.