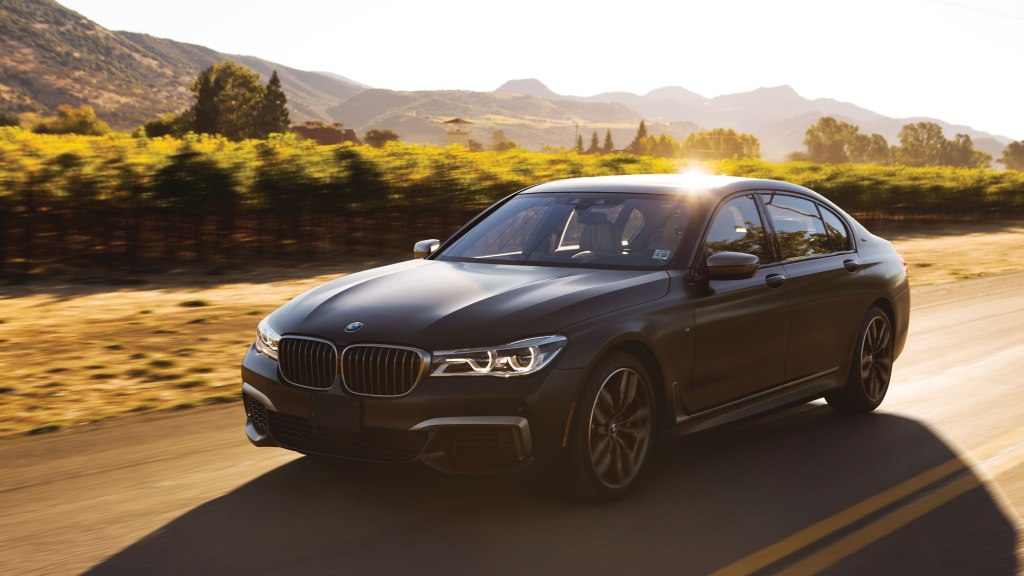 Several of our judges declared this powerful, long-wheelbase version of BMW’s 7 Series “surprising,” and Pete Georgiadis noted “a lot of hidden smooth power in this package.”

The M designation in the car’s name indicates high-performance upgrades such as a sport suspension, throatier exhaust, and improved aerodynamics, resulting in “sports-car performance in a luxury sedan that is unmatched,” according to Nick Nikolov. And unlike the Alpina B7—which appeared at last year’s Car of the Year competition—and its V-8 power plant, the M760Li xDrive employs a mighty 6.6-liter V-12 that Darlene Brandt dubbed “powerful off the line.” Chad Brue praised its “great drivability, yet [it] has a beast within.”

But it should be noted that the M760Li is not a full-blown M car—it keeps its focus on luxury with ample interior space and appointments such as diamond-quilted leather. The M760Li is not only a pleasure to drive, but is a pleasure to be driven in, especially when equipped with the Executive Seating package, which includes reclining and massaging seats and large LED displays. Rear-seat passengers can also control vehicle functions via a new tablet in the center console.

Interior of the BMW M760Li xDrive

Many mentioned the car’s “elegance” and its versatility as a daily driver. David Mosteller said, “The performance and stability, together with the comfort and safety, make it an amazing drive.” Some judges, however, likened the car to a “boat,” and Peter Li lamented that the “suspension was too soft” and he was “disappointed in the handling.” Several remarked on the car’s “comfortable” cabin.  Darren Enenstein touted the “plush” interior, and Ron Sprengeler said “you could live” in the backseat. Some agreed that it’s a car to be chauffeured in. (Reza Zamani asked: “Does it come with a driver named Hans?”)

Not all were impressed with the design and quality; Cheree Roberts said, “It seems dated looking, inside and out.” Maurice Haroche, who admitted, “I’ve owned two prior Alpina B7s,” said he was “underwhelmed with the basic interior” of the M760Li xDrive. Chef Paul Bartolotta said this will be his car “when I am 70. Until then, I just need more fun.”