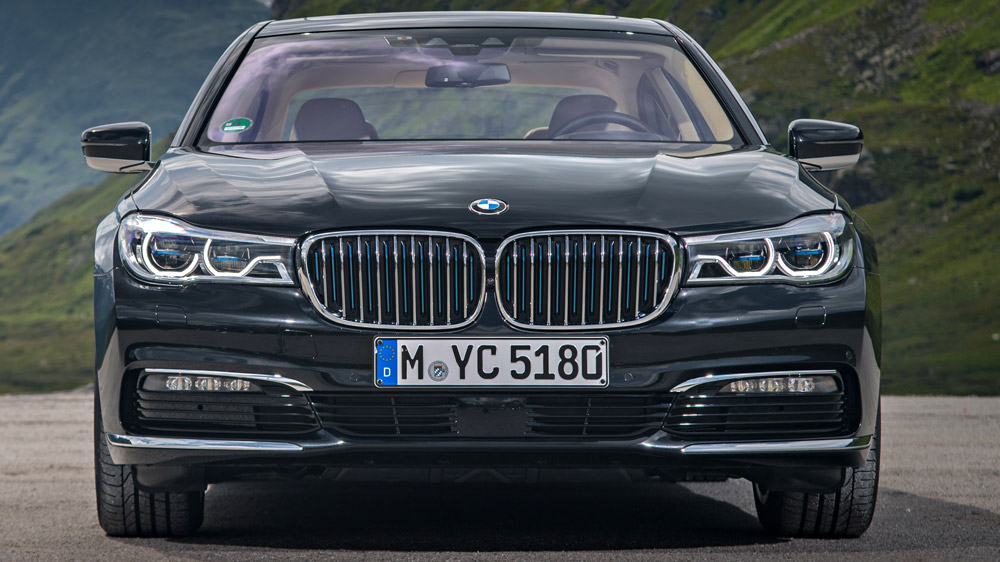 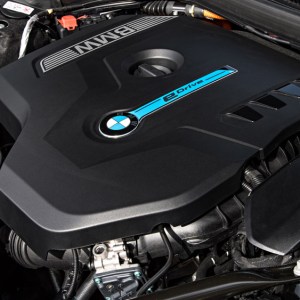 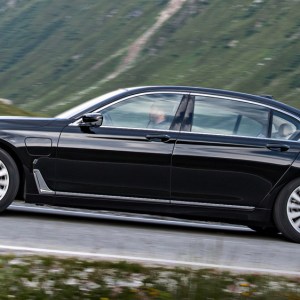 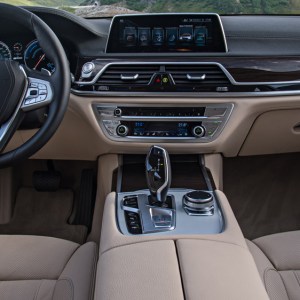 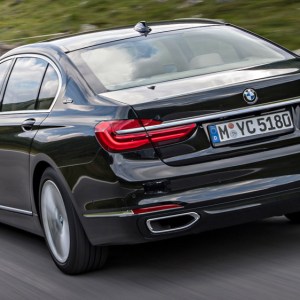 I was hurtling downhill—albeit in a controlled fashion—through a series of curves toward Marshall, a small community on the eastern edge of Tomales Bay in Marin County, Calif., when a request was relayed from the back seat.  My eight-year-old passenger wondered if I might slow down a bit. It wasn’t that she was carsick or the least bit anxious; her ears were popping a little too much for her liking. On the other hand, so were mine, which was somewhat surprising as the vehicle in question was a huge sedan—nearly 17.25 feet in length, weighing just shy of 2.5 tons. But maybe not too terribly surprising, as it was a BMW—specifically a 740e xDrive iPerformance, the plug-in hybrid version of the Bavarian automaker’s flagship 7 series.

When the 740e debuted as a 2017 model, it reiterated BMW Group’s commitment to electrification and broached the notion that hybrid drivetrains are suitable in a luxury car line most commonly associated with high-output V-8s and V-12s. It also increased the likelihood that 7 series cars would continue to prowl the world’s urban centers, even as forthcoming regulations gradually rid them of gasoline- and diesel-powered vehicles.

Having recently driven an Alpina B7, whose souped-up and correspondingly thirsty V-8 produces 600 hp and tops out at 192 miles an hour, I was curious how the 740e (whose hybrid system generates 322 hp) would compare. There was an ulterior motive, as well: The outing to Marin was going to involve several days of serious cooking at The Coal and Feed, a waterfront house equipped with a professional-grade kitchen. The BMW, with its enormous trunk, was the perfect machine for transporting hundreds of pounds of provisions.

In preparation for the trip, I spent two mornings tooling around San Francisco, raiding supermarkets, the farmers’ market, and some favorite wine shops. The 740e’s 14.8-cubic-foot boot swallowed the loot—carefully arranged to maintain optimal weight distribution—with aplomb. Having charged the hybrid battery to its maximum 14-mile range the night before, I was able to do all of the around-town driving in MAX eDRIVE mode, in which the 740e is powered entirely by the electric system unless one pushes the accelerator into kickdown. Traffic was fairly heavy, so there were no opportunities to test that functionality, but on the occasions I dug into the accelerator a bit, the all-electric pickup was impressively strong. In the course of those two mornings, putting a total of about 15 miles on the clock, the 740e achieved an average of 87 mpge.

I’d neglected to top up the batteries before heading to Marin, and a few miles north of the Golden Gate Bridge the gasoline engine sprang to life (very smoothly, thanks to a set of electronically controlled variable-damping engine mounts), and the fuel economy figure ticked slowly and steadily downward. To maximize fuel economy, I drove mostly in ECO PRO mode, which uses a number of strategies—from switching the engine off when the accelerator is released to reducing energy recuperation on overrun—to minimize mechanical resistance.

Lightweight construction also aids in the fuel-economy effort. All of the current 7 series vehicles employ BMW’s so-called Carbon Core—a composite of carbon-fiber-reinforced plastic, aluminum, and super-high-strength steel—and construction techniques derived from the development of BMW’s i automobiles. According to a BMW representative, the “Carbon Core technology in the 7 Series can be said to save about 75 percent of the weight added by the plug-in hybrid drive system.” Thanks to those weight-reducing technologies and the efficiency of the hybrid drivetrain, BMW projects that in the course of its lifetime, a 740e xDrive will achieve a 30 percent reduction in emissions over a non-hybrid 740i xDrive.

The sedan surges from zero to 60 mph in 5.1 seconds.  Photo: Courtesy of BMW.

Compared to the Alpina B7’s output, the 740e’s might sound paltry, but I found it more than sufficient. On the few occasions I punched it on the mostly empty West Marin roads, the 740e took off as if it were evacuating dignitaries from a global summit gone bad. The precise figure, according to BMW, is zero to 60 mph in 5.1 seconds. If not quite as crisp as that of the B7, the 740e’s handling was superb, becoming only more enjoyable and confidence-inspiring as the car picked up speed, although one must be mindful of the effects of rapid descents on preadolescent eardrums.

Back in San Francisco at the end of the adventure, 219 miles in all, the trip computer displayed an average fuel consumption of 28.8 miles per gallon. Had I been clever enough to pack an extension cord, and kept the 740e plugged in between jaunts to Point Reyes Station and Inverness, the figure would have been considerably higher. Still, for a giant luxury car loaded to the gills, 28.8 is impressive—another tantalizing taste of BMW’s increasingly electric future.