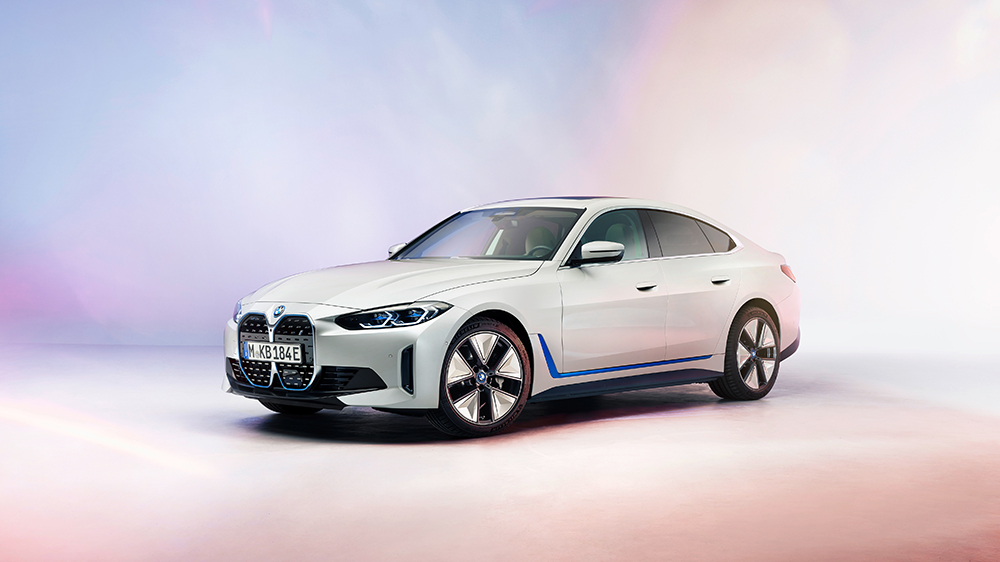 The production version of the all-electric BMW i4 is finally here, and it’s already one of the best looking EVs out there.

On Wednesday, the German luxury marque offered up the first official look at the battery-powered vehicle at the heart of its big electrification push. Set to hit dealerships later this year, the i4 is an athletic sedan that delivers 530 hp and an equally impressive 300 miles of driving range.

While many EVs seem to share a similar curvy aesthetic—think the Tesla Model 3 or the Ford Mustang Mach-E—the i4 stands on its own. At a glance, it’s very clear this is a BMW. In fact, it looks almost exactly like the new M4 sports coupe that was introduced last year, only a little chunkier and with four doors. It shares that car’s bold angular style and humongous front kidney grille. Those grilles have proven to be a little controversial with enthusiasts, but it gives the i4 real attitude, something most EVs lack entirely. It’s taller than the M4, something we’d attribute to extra room needed for the vehicle’s electric skateboard architecture. Other differences include bright blue accents running along the bottom of the side and rear of the vehicle, as well aero wheels. There are also no exhaust pipes coming out the back because, of course, the car doesn’t need them.

On the technology front, BMW still seems to content to keep most details about the i4 close to the chest. But what has been revealed about the vehicle, which was unveiled as a concept last year, sounds mighty tantalizing. The car’s 530 hp electric drivetrain would be a lot for any car, but that figure is also 57 horses more than the standard M4 and 27 horses more than the M4 Competition, the marque’s best performing vehicle. Thanks to all that power, the EV will be able to rocket from zero to 60 mph in just 4 seconds.

As for range, the battery-powered sedan appears to shine on that score, too. The automaker claims the car will be able to go 300 miles on a single charge. While that’s behind the industry-leading likes of the Tesla Model S Long Range (and upcoming Lucid Air), 300 is still the magic number when it comes to EV range. In fact, that figure would make it one of the 10 longest-range EVs on the road today. It should be noted that this is not the official EPA estimate, which has sometimes deviated from automaker estimates, namely with the Porsche Taycan.

We’re still waiting on pricing info, but the i4 is expected to go into production later this year and on sale shortly afterwards. It will be followed in 2022 by another all-electric BMW, the iX SUV. On Wednesday, the automaker announced that it hopes to sell two million EVs by 2025 and that it expects over half the cars sold to be completely battery powered by 2030.