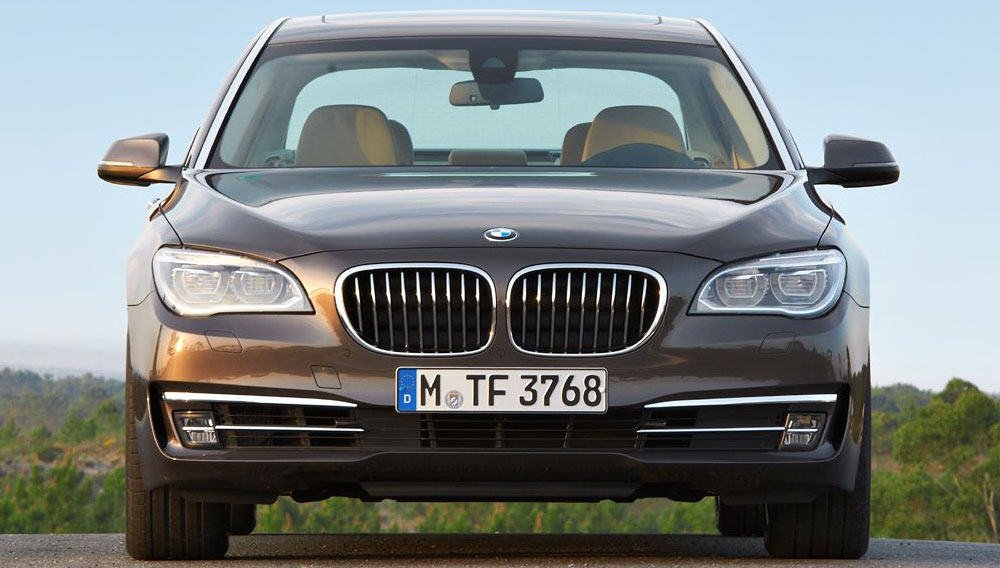 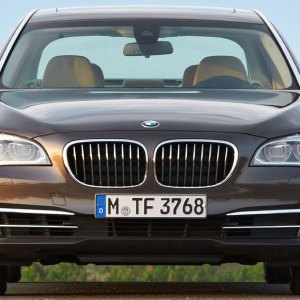 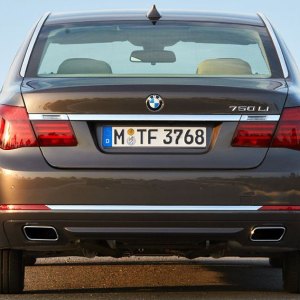 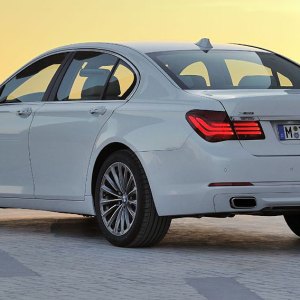 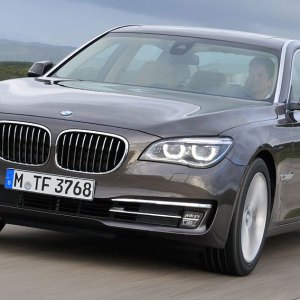 In the rarefied realm of CEO-caliber automobiles, standing still is not an option. BMW knows this well; its grand 7 Series sedan is in a constant state of upward mobility. For 2013, the Munich-based automaker’s flagship four-door—already the very model of the 21st-century executive express—gets a thorough makeover.

Beyond the newly available LED headlamps, visual tweaks are decidedly subtle. Look carefully to spot a larger chrome grille surround with nine slats where there used to be 12. There are redesigned side mirrors with integrated turn indicators as well, and the tail lamps are composed of varying shades of red for increased contrast. The passenger compartment, which benefits from extra soundproofing, gets a more noticeable upgrade. There are artfully restyled seats and reconfigured LED ambient illumination, as well as a revised iDrive controller and navigation software, an optional 16-speaker Bang & Olufsen audio system, and stylish 9.2-inch displays for the available rear-seat entertainment system that appear to “float” before their respective occupants.

On the mechanical side, there are a few notable items for 2013, led by the debut of BMW’s 8-speed Steptronic automatic transmission. This gearbox, applied to every 7 Series model, improves both efficiency and performance. The entry model remains the standard-wheelbase 740i and long-wheelbase 740Li, whose 3.0-liter 6-cylinder engine produces 315 hp and 330 ft lbs of torque. New this year is the availability of BMW’s xDrive all-wheel-drive system in the 740Li. The second generation of the gasoline-electric ActiveHybrid 7 switches from a 4.4-liter V-8 to the 3.0-liter 6-cylinder from the 740, paired with a 55 hp electric motor. The power train delivers a combined 349 hp and 367 ft lbs of torque and returns 14 percent better fuel economy than the 740i. The 4.4-liter TwinPower Turbo V-8 in the 750i sees a healthy bump this year, thanks to the addition of BMW’s Valvetronic throttle-less intake system. Horsepower and torque are up 45 and 30 ft lbs, respectively, to 445 hp and 480 ft lbs. The sprint to 60 mph falls to 4.7 seconds, while fuel economy improves by an impressive 25 percent.