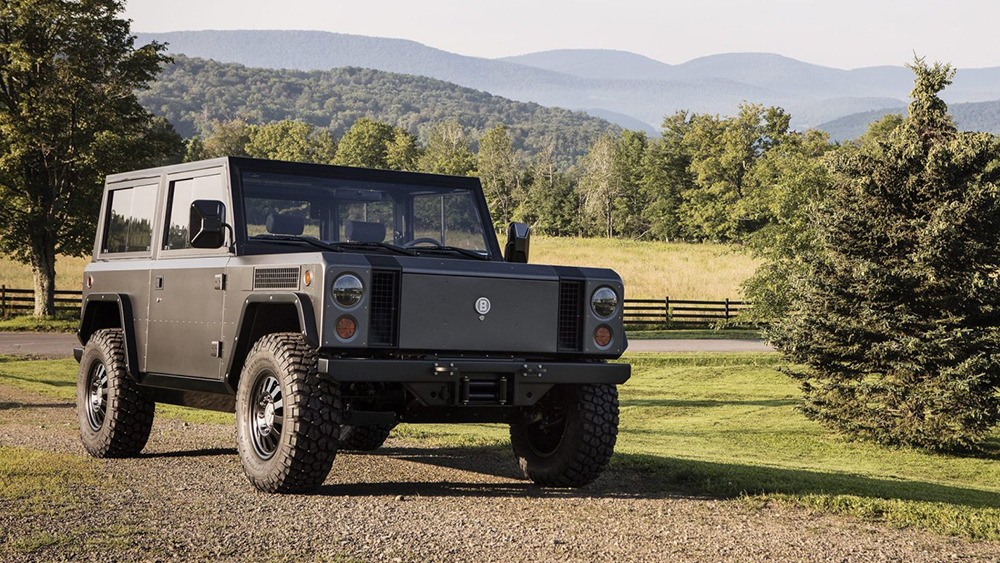 For what feels like a lifetime, Bollinger Motors has been teasing us with tidbits about the all-electric B1 utility truck and B2 pickup. We’ve seen drool-worthy renderings, cool custom configurations and even a live video stream, but the most vital information—cost and release date—had been concealed. Now, the Michigan-based marque has announced that the two brutes will go on sale in 2021 with an asking price of $125,000.

Targeting low-volume production, Bollinger will build both the B1 and B2 in the US, with manufacturing scheduled to begin next year. The world’s first all-electric off-road trucks will be sold and serviced through independent dealers throughout the US and globally.

“We’re going to production with all of the components and features that our team developed from the start; we’re staying true to our DNA,” founder Robert Bollinger said in a press release. “Our trucks deliver a level of performance unlike anything on the market or coming to market.”

To recap, the all-aluminum B1 and B2 are built on the Class-3 truck platform and boast 5,000-lb payload capacity with 15-inch ground clearance. The 120 kWh battery delivers a gutsy 614 hp and 688 lb-ft of torque. The trucks can climb to an impressive top speed of 100 mph and have a hearty 200-mile driving range.

Of course, there are still a few issues to resolve. The marque needs to raise $100 million to complete the development of the offroaders and finalize the contract with the manufacturer who will build them. And it’s worth noting that fellow Michigan startup Rivan is working on two rival electric rides—the R1S SUV and R1T pickup—which are much cheaper, asking $72,500 and $69,000, respectively.

But if you’re hellbent on a Bollinger, the marque is now accepting $1,000 refundable deposits and has released the new pictures of the prototypes—out in the wild this time—to tide you over till production. Take a look below: