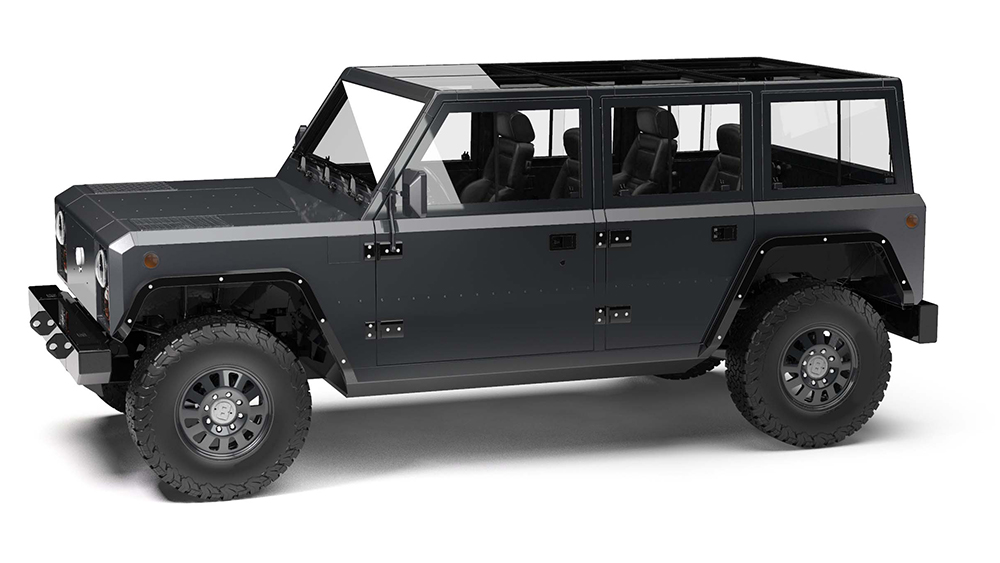 An electric Hummer may be just a glimmer on the horizon, but those craving a big and burly yet environmentally conscious utility vehicle may not have to wait. EV startup Bollinger Mothers is finally ready to unveil its first all-electric offerings—the B1 SUV and B2 pick-up—to the public.

The company has been teasing the vehicles for two years. Now, both will make their official debuts on September 26, according to InsideEVs.

In a just released video, the Michigan-based company can be seen applying the finishing touches to physical prototypes for the B1 and B2. When they’re finally put on display, it will mark the first time anyone outside the company has been able to see the the vehicles up close. So far, the reveal date is all that the company has divulged, but some industry insiders have speculated that specifications and price will be announced as well.

While we’re still waiting on a final announcement of specs for the B1 and B2, we do know that both all-aluminum vehicles will be powered by a dual motors, capable of outputting 614 hp and 688 lb-ft of torque, and a 120 kWh battery pack will give both vehicles a hearty 200-mile driving range. Last month, the company also announced a slew of custom configurations for both models, which the company told Robb Report “were created based on customer interest.”

Since Bollinger first announced the B1 and B2, other automakers have taken steps to jump into the electric utility vehicle market. Tesla has teased its interest, while Ford announced plans to offer an all-electric F-150 by the middle of the next decade. Most notably of all, though, are the growing rumors that General Motors may resurrect the defunct Hummer brand as a line of electric vehicles. For now, however, it looks like Bollinger will beat them all to the market.

The B1 and B2 are set to go into production during the second half of next year. You can reserve your truck online here.