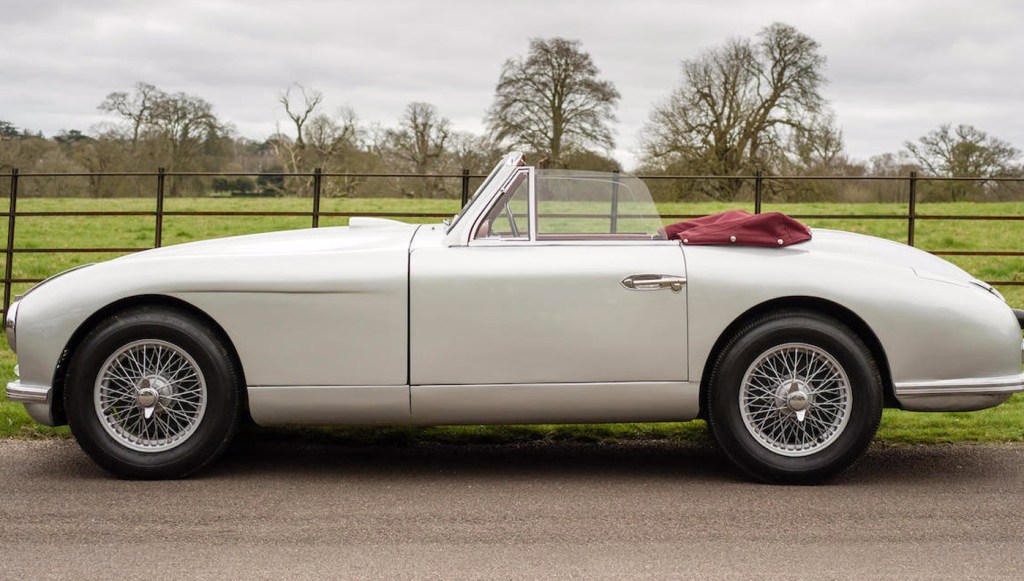 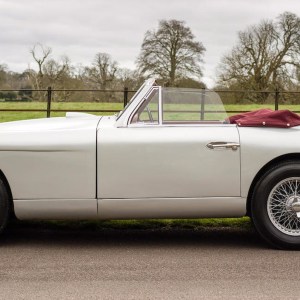 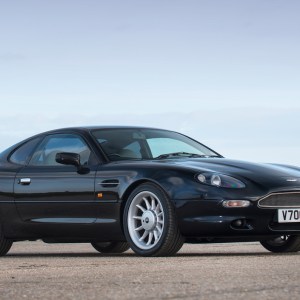 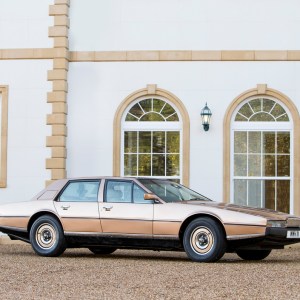 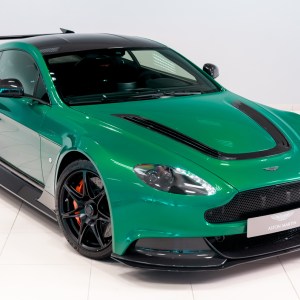 On May 13, the Bonhams 2017 Aston Martin Sale will attract both car collectors and those who just want to amass memorabilia from the acclaimed luxury marque. The auction house will hold the event at the storied Aston Martin Works factory, in Newport Pagnell, England, and plans to include a diverse selection of automobiles that span the decades.

“Bonhams prides itself on offering the largest range of motor cars possible, and this sale is no different,” says Tim Schofield, head of motoring at Bonhams. “We can say with pride that we are able to offer something which will pique the interest of any enthusiast of this iconic British brand.”

One memorable model heading to the block is a 1953 Aston Martin DB2 Drophead Coupé (estimated value of $260,000 to $320,000), one of 98 examples made and in the same owner’s possession since 1985. In its day, the car was considered the height of motoring prowess and fashion, with a W.O. Bentley–designed 2.6-liter engine under the hood and a sculpted body that hinted at the wildly admired ’60s-era DB5 to come.

Other interesting offerings include a poster-worthy 1979 Lagonda sedan (estimated value of $65,000 to $100,000) with razor-edge bodywork that remains visually arresting today, and a 1999 DB7 Limited Edition Coupé (estimated value of $45,000 to $52,000) with a body featuring the ubiquitous use of composite panels. And for those who must have the pinnacle of Aston Martin’s artistry, there’s the 2016 Vantage GT12 (estimated value of $450,000 to $520,000). With its Viridian Green exterior, black Alcantara interior, and 5.9-liter V-12 engine, the car (pictured below) is guaranteed to stop traffic while racing past it.

Of course, many fans of Aston Martin are also fond of James Bond, given the marque’s strong tie with the superspy—a relationship that began with the unforgettable Goldfinger-era DB5. These attendees will not be left out in the cold as a number of signed photographs of Sean Connery (estimated value of $320 to $900) and Daniel Craig (estimated value of $390 to $650), both standing proudly next to their lithe steel steeds, will be squarely in the sights of serious 007 devotees.

Bonhams’ 2017 Aston Martin Sale will begin at 10:30 am (British Summer Time) with bidding accepted in person, by phone, online, and in absentia. (bonhams.com)