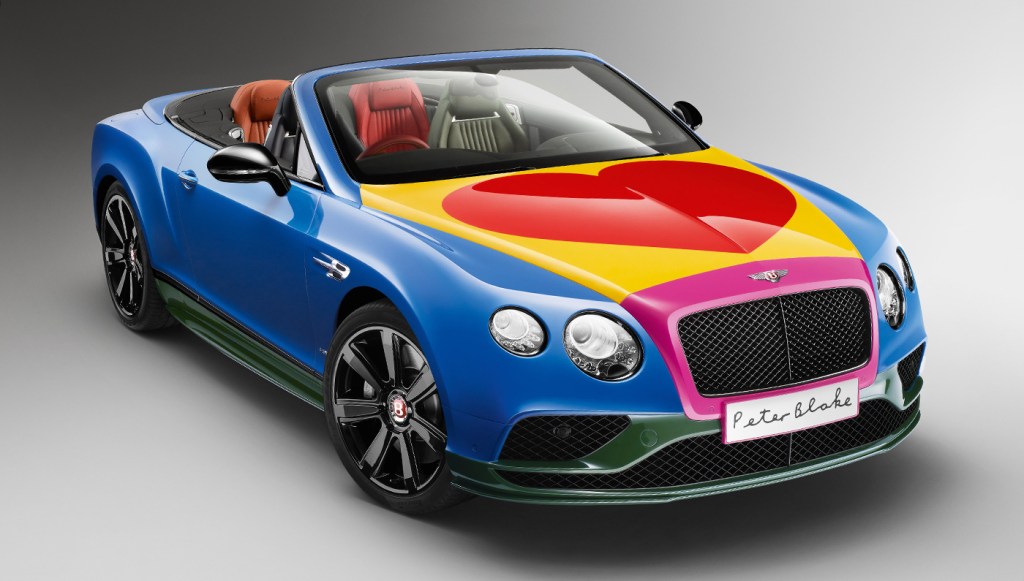 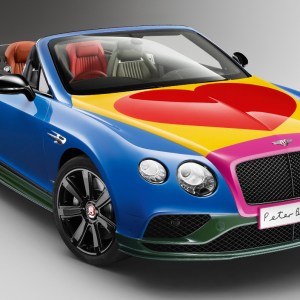 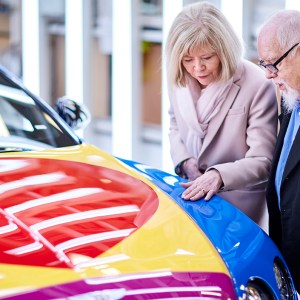 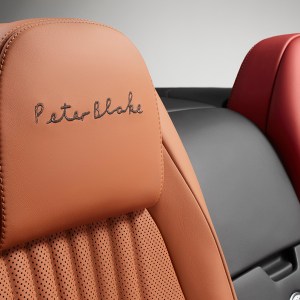 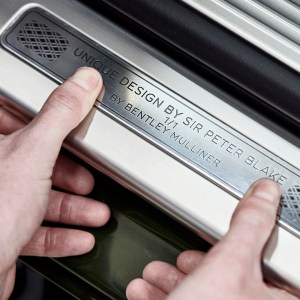 Known as the godfather of British pop art, Sir Peter Blake teamed up with Bentley to create a one-of-a-kind Sir Peter Blake Bentley pop art car that will be auctioned to raise money for charity. Blake hand-painted a whimsical, colorful design onto a Continental GT V8 S Convertible to distinguish the vehicle.

The hood is decorated with a bright-red heart over a yellow background, and the radiator shell is a hot pink, while the rear and sides are painted a deep blue. The rainbow motif continues inside the car, with each seat trimmed in a different color. Blake’s signature is inscribed on the passenger-side dashboard and embroidered on all four seat headrests. A treadplate labeled “Unique Design by Sir Peter Blake, 1/1” further cements the car’s status as a unique work of art. And for a final touch, the Bentley also comes with a personalized playlist of Blake’s favorite music.

Bonhams will auction the car at the Goodwood Festival of Speed in West Sussex, England, on June 24, with proceeds going to Care2Save Charitable Trust, which supports palliative and hospice care. Blake also produced a series of 75 pop art prints that will be sold alongside the car. (bentleymotors.com)