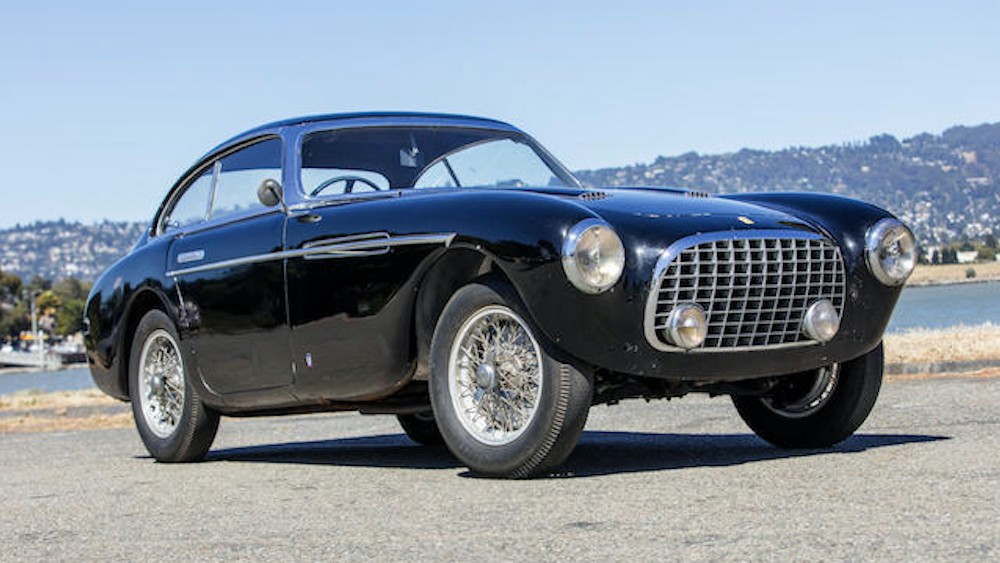 Vintage car sales may have been slow at this year’s Monterey Car Week, but don’t tell that to Bonhams. While other sellers may have bemoaned the sluggish market, the London-based auction house celebrated the solid business it was able to do, including selling a Ferrari 340 America Coupe Speciale from the early 1950s for $3.6 million, along with a trio of sports cars that each easily surpassed $1 million.

Held in conjunction with the Quail Motorsport Gathering, Bonham’s 22nd annual collector car auction saw 217 cars cross the block over the weekend in Carmel, California, according to a press release. The auction house said it sold 76 percent of the vehicles on offer, resulting in over $32 million in sales.

The clear highlight of the auction was the sale of a 1951 Ferrari 340 America Coupe Speciale with coachwork by Vignale, which had previously only ever been owned by the same family. After a spirited round of back-and-forth bidding, the beautiful black GT sold to a “sophisticated” European collector for $3,635,000. Other notable sales included a rare 1953 FIAT 8V Supersonic formerly owned by American motorsport legend Briggs Cunningham ($1,625,000), a sporty 1965 Shelby 427 Cobra ($1,380,000), and a gorgeous 1955 Mercedes-Benz 300 SL Gullwing in impeccable condition ($1,347,500).

“We had lots of international bidding, which resulted in a strong sell-through rate, and we witnessed the strength of youngtimer cars—a boon for the hobby and the industry as a whole,” said Bonhams vice president of motoring Jakob Greisen.

But the mood was distinctly less cheery at other auction houses. The six Monterey Car Week auctions were expected to bring in over $380 million over the weekend, but that figure came in at closer to $245 million, a 34 percent decline from last year, according to CNBC. Recent wild stock market fluctuations and fear of a global economic slowdown were all given as reasons why wealthy collectors kept their wallets closed.

Another incident that didn’t help business: a head-scratching auction blunder at RM Sotheby’s left the “first” Porsche unsold. Expected to fetch up to $23 million, the Type 64 failed to meet its $17 million reserve after the auctioneer’s Dutch accent reportedly sent the sale into chaos.

Check out more of Bonham’s noteworthy sales below: