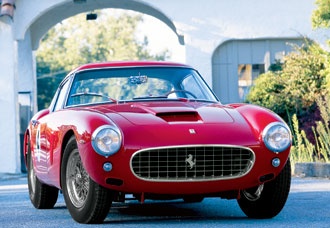 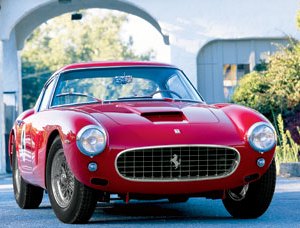 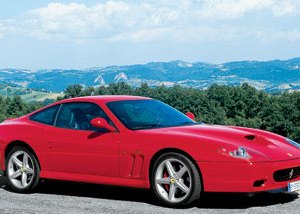 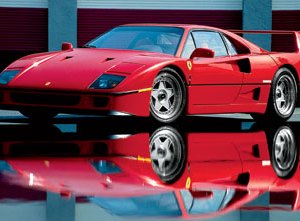 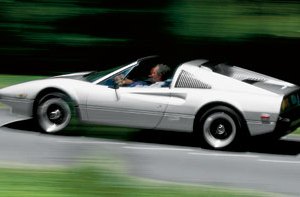 Luigi Chinetti Sr. did not consider his trio of victories at Le Mans his most significant professional achievement. The act earning that distinction occurred in 1954, after he retired from racing, when he opened North America’s first Ferrari showroom in New York City. This year, thanks in large part to Chinetti’s entrepreneurial spirit, Ferrari is enjoying its 50th year of business in North America, which has become the Prancing Horse’s largest market. Over the last half century, Chinetti and others after him have sold dozens of different Ferrari models on this continent, but five in particular deserve special recognition because they represent the breadth and depth of the manufacturer’s genius for producing superior racing, road-going, and collectible machines.

Introduced in Paris in 1959 and discontinued in 1962, the 250 GT Short Wheelbase Berlinetta was Ferrari’s last true street-friendly racecar—a grand tourer you could race at the track and then drive back home. Depending on its gearing, a competition SWB could dash from zero to 60 in just over 6 seconds and peak at 155 mph. The 250 SWB featured Ferrari’s highly developed, 3-liter, Colombo-designed sohc V-12 with three Weber carburetors linked to a 4-speed, close-ratio gearbox. Street engines developed 240 to 250 hp, while racing versions achieved up to 275 hp. Most of the 250 SWB bodies were designed by Pininfarina and built by Scaglietti in Modena.

In contrast to the mid-engine Testarossa that preceded it, the front-engine, rear-drive 575M represented a return to a more classic berlinetta design when it was released in 2002. The V-12 flagship turned out 515 hp and 435 ft lbs of torque at 5,250 rpm, clocking a 4.2-second time in the zero-to-60 run and reaching a top speed of 202 mph. The 575M was one of the first cars to feature an F/1-style shifting system, allowing for instantaneous shifts with two paddles mounted on the back of the steering wheel.

The F40, which was introduced in 1987, embodied Ferrari’s F/1 experience in a road-going machine. The European version of the supercar was powered by a four-cam, 32-valve V-8 with twin sequential turbochargers that achieved 478 hp and 425 ft lbs of torque at 4,000 rpm. Before the engine could earn certification in the United States, Ferrari had to conduct extensive catalytic converter work, which increased the engine’s power to nearly 500 hp. The car’s superb handling, 13-inch brakes, 4-second zero-to-60 time, and 203 mph top speed made the F40 an immediate collector’s item. Ferrari constructed approximately 1,350 F40s over five years, and the low production number led to soaring costs; the introductory list price was close to $400,000, but some buyers paid more than $1.2 million for the F40. The car, which was succeeded by the F50 and the Enzo, set the trend for limited edition race-inspired Ferraris.

The release of the 308 GTB in 1975 spurred a Ferrari rejuvenation, especially in North America. With a contemporary shape that was both angular and curvaceous, the Pininfarina-designed, Scaglietti-built berlinetta earned instant recognition as one of the most stylish Ferraris ever. A 255 hp V-8 engine powered early versions of the GTB, which was constructed with fiberglass body panels to reduce the car’s weight.

The GTB could impress even the most jaded drivers, including endurance racer Bob Bondurant, who test-drove one of the early 308s at Sears Point Raceway in Sonoma, Calif. “The car is so neutral you can do anything you want with it,” Bondurant told Road & Track. “It doesn’t understeer badly or oversteer badly . . . so you can just go through a turn, lift off to make the car oversteer, and then just plant your foot in it, and it really takes off.”