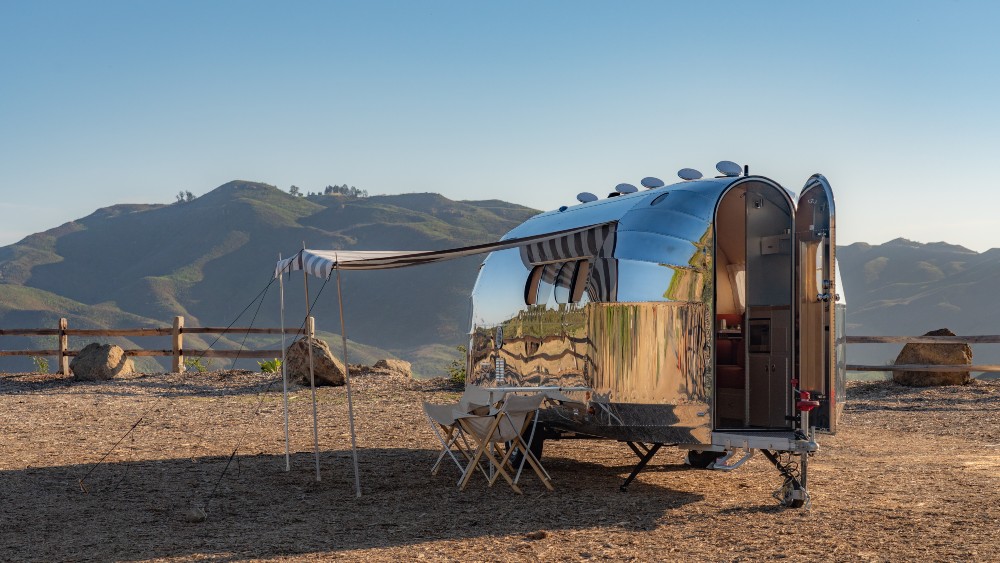 Trailer manufacturer Bowlus remembers exactly what camping used to be about—getting away from it all. The company’s latest offering is a thoroughly modern update of the brand’s original camper, the Road Chief, that promises nostalgic travelers the chance to get away from the din of the city and live off the grid while still enjoying the comforts of home.

First created by aircraft engineer, designer, and builder Hawley Bowlus in 1934, the Road Chief was the world’s first aluminum riveted travel trailer and was originally intended to carry flight crews to distant airfields, according to Digital Trends. Though Bowlus only made about 80 trailers over the course of three years before shuttering, the Duralumin vehicle caught the eye of celebrities like Clark Gable and Carol Lombard and is believed to be the inspiration for the iconic Airstream Clipper, which was first manufactured in 1936.

But as of 2014, Bowlus is back in business, and the company has gone about updating the Road Chief so that it now offers everything a 21st-century traveler could want from a camper. Though it looks almost identical to the original trailer, it’s inside the wood and chrome accented cabin that the hand-made Road Chief Endless Highways edition really stands apart. Measuring 26 feet in length, the camper’s features include a master bedroom that can fit a king-size mattress, two seating areas that convert into twin beds, a spacious kitchen area, bathroom and large shower, and can comfortably sleep and dine four full-size adults. In addition to those amenities, it has heated floors, continuous hot water, air conditioning, cellular booster and modem, private Wi-Fi network capability and remote power management via smartphone app or the internet.

As nice as those features may be, the real draw might be the 4 kWh Lithium iron phosphate battery that powers the Endless Highways edition. Bowlus promises that the battery can power the entire trailer for up to a week, as long as you can go without A/C.