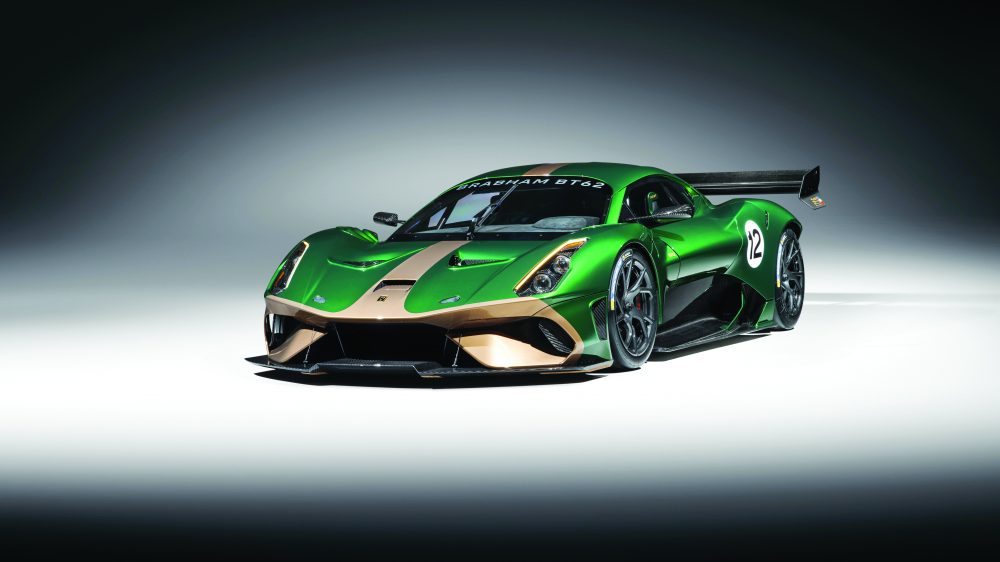 Supercars don’t come more mind-blowing than Brabham’s new 700 hp, superlight BT62. Just 70 will be built—each costing a cool $1.3 million—with production starting mid-year. The only downside? It’s a titan that you have to trailer to the track as it’s not street legal.

This, it seems, has been a slight turn-off for a number of interested hand-raisers, who really liked the idea of at least being able to drive the Aussie-built slingshot to the racecourse.

Brabham Automotive’s boss, David Brabham, an ex-Formula 1 driver and a multiple winner of Le Mans, felt their frustration and has just announced that a “road compliance conversion” will be offered.

For an extra $190,000, Brabham will build you a street-compatible BT62. It’ll come with an electronic lift kit so that the ride-height can be increased to cope with those pesky sloping driveways. The steering will also be modified to tighten the car’s turning radius to avoid embarrassing 15-point turns.

A street version of the $1.3 million track car will cost an additional $190,000.  Photo: Courtesy of Brabham Automotive.

The vehicle will also get added creature comforts, like air conditioning, more-upscale interior trim, a passenger seat, and doors that can lock. It will also switch the standard Michelin slicks for road tires.

All this will mean a slight increase in weight, but Brabham says the car’s other-worldly performance from its naturally aspirated, mid-mounted 5.4-liter V-8 shouldn’t be effected.

A passenger seat will be added to the road variant.  Photo: Courtesy of Brabham Automotive.

David Brabham, whose father was triple Formula 1 world champion and race-team owner Jack Brabham, pulled the wraps off the first BT62 in London last May. The car is being built at the company’s new factory in Adelaide, Australia, with 47 of the 70 cars earmarked for buyers in Australia and Europe. The remaining 23 examples will be available to buyers in other markets, including the US.

In total, only 70 examples will be made.  Photo: Courtesy of Brabham Automotive.

The fledgling marque plans to showcase the race potential of the new BT62 by competing in this year’s 24 Hours of Le Mans in June, a race David Brabham won in 1993 and 2009.