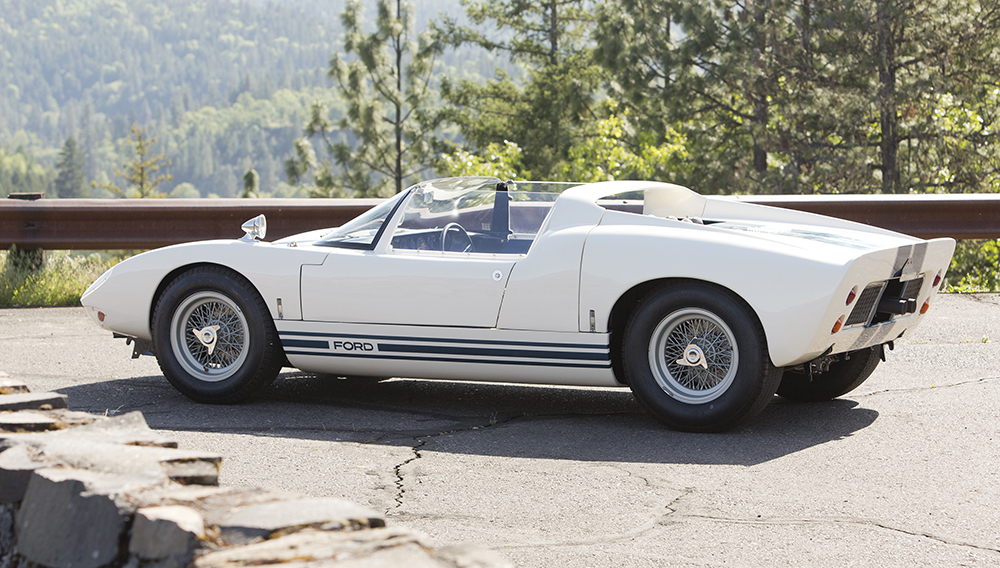 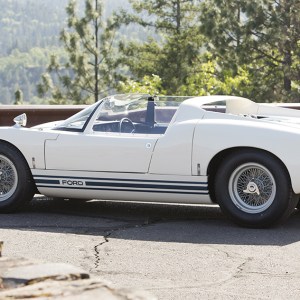 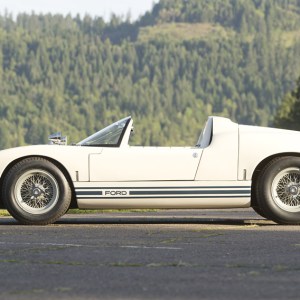 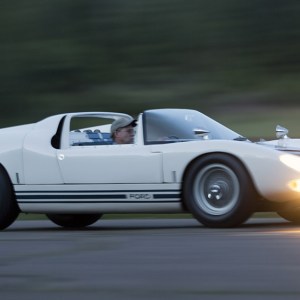 Loudly proclaiming its presence, a 1965 Ford GT40 Roadster Prototype will cross RM Auctions’ ramp during Monterey Car Week, at a sale that takes place August 15 and 16. The rare prototype—which has spent more than two decades in single ownership—represents an important moment in the history of not just Ford but also Shelby American and the racing luminaries of the era who were involved in its development.

The GT40 is perhaps the most interesting footnote in Ford history, a hot potato of a racecar created in response to Henry Ford II’s failed attempt at acquiring Ferrari in 1963. The mercurial Enzo Ferrari quashed the deal at the last moment and Ford switched gears, vowing to beat il Commendatore at his own game by building a Ford endurance racer that would establish his supremacy over his Italian rival.

Ford engineers collaborated with the engineer Eric Broadley, owner of the British racecar manufacturer Lola Cars, whose Lola Mk 6 showed great potential but required further development to fulfill its promise. Surrounded by front-engine competition, the mid-engine Mk 6 used a Ford V-8 engine. After making an agreement with Broadley to build the GT40, Ford produced five prototypes and then Broadley opted out of the contract, which led to the establishment of Ford Advanced Vehicles Ltd in England under the aegis of John Wyer, a former manager of the Aston Martin racing who went on to run many a Gulf Oil–sponsored team.

The initial Ford GT, GT/101, was unveiled in April 1964, and the first GT40 went to the Nürburgring a month later. Following a season of lackluster results, the cars were sent to Shelby American in California for further development, and the rest really is history. A trio of Ford GT40 MkII cars took a 1-2-3 victory at Le Mans in 1966, proving the mettle of Ford and cementing Carroll Shelby’s reputation for the ages.

Along the way, four roadsters were constructed, with the first, chassis GT/108, completed by Ford Advanced Vehicles in Britain in 1965 and shipped to Shelby American after initial testing at Silverstone. Subsequently, it was used as the development prototype and demonstrator by Ford and Shelby American, and was driven by the Shelby team driver Ken Miles for additional testing.

One of only 12 prototype Ford GT40s built (the “40” refers to the car’s height in inches), GT/108 is a rare survivor, with a low tail section unique to the roadster body. Importantly, it is accompanied by the same Ford 289 V-8 engine that was installed in it in 1965 when it was sold into a private collection from the Ford factory via Kar Kraft. While RM Auctions discreetly offers “estimate upon request,” betting types may wager that a hammer price well north of $8 million is not unlikely, given the climate in today’s very heated collector-car market. (www.rmauctions.com)