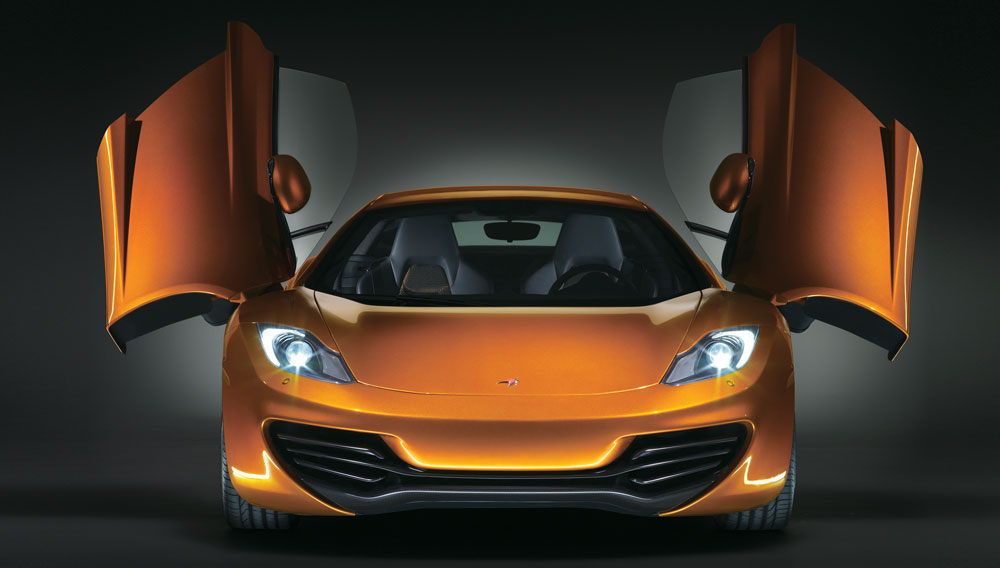 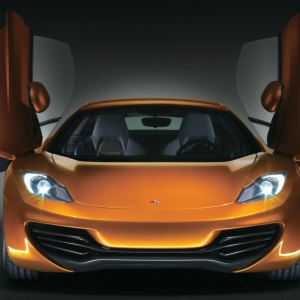 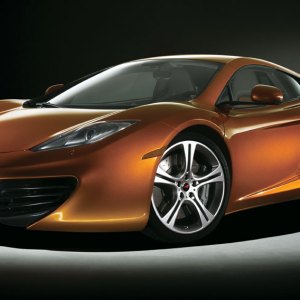 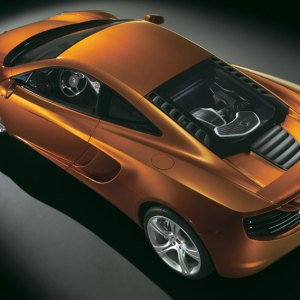 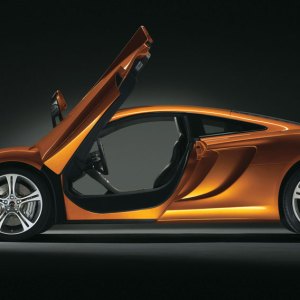 McLaren Automotive is no stranger to success. In the last decade of Formula 1 competition, the British manufacturer, best known for its racing achievements, has failed to make the World Constructors’ Championship (WCC) podium only once. Unfortunately for the company, Formula 1 is about as popular as cricket in the United States, and most American luxury-car buyers tend to associate the marque with the recently retired Mercedes-Benz SLR McLaren supercar. However, now that production of this nearly $500,000 exotic has been officially discontinued, McLaren is free to do things its own way. Enter the McLaren MP4-12C, which will be introduced in the United States in 2012.

“The last time we sold a car, there were only 65 road versions built,” says Antony Sheriff, managing director of McLaren Automotive, referring to the company’s highly acclaimed F1 supercar. “This time around, we are looking to sell 1,000 cars in the first year alone.”

This may sound like an ambitious goal, but with 2,700 intent-to-purchase requests and—by the time the vehicle launches—more than one million miles of prototype testing, McLaren is poised to contend with the likes of Ferrari, Lamborghini, Aston Martin, and even its former development partner, Mercedes-Benz. The all-new MP4-12C—known to company insiders as the 12C—is the first car from McLaren to be engineered, designed, and manufactured entirely in-house. Even the F1 employed a third-party resource in the power train: a BMW V-12 engine. When McLaren’s new car goes into production, it will be equipped with a twin-turbo, 3.8-liter V-8 engine that produces 592 hp and 433 ft lbs of torque; but the real secret behind the 12C’s performance credentials is its carbon-fiber-chassis design.

“The car is built from the inside out,” says Sheriff. “With the SLR, we were presented with the design and had to engineer around it. But with the 12C, we started with the chassis, which is made from one solid piece of carbon fiber. This comes out of a specially designed mold every four hours and significantly reduces the cost of creating a car out of carbon fiber. Without the tub [chassis], there simply wouldn’t be a car.”

This type of carbon-fiber construction will make the MP4-12C one of the lightest sports cars on the market—and also one of the fastest. McLaren says that the vehicle will reach 60 mph in less than four seconds and carry on to a top speed of more than 200 mph. While these performance figures are impressive, the 12C was never designed to be the successor to the McLaren F1. The automaker has a much broader strategy in mind this time around.

“We have a product plan until 2021,” says Sheriff. “After we launch the 12C, we are set up to have a new model every year and eventually offer a full product lineup. The first car is obviously a two-door V-8 that will sit alongside the Ferrari 458 Italia, but you will also see a car above that and below it within the next five to six years.”

To share in detail its plans for the coming years, McLaren Automotive invited Robb Report to its manufacturing facility in Woking, England, 30 minutes outside London, to view the forthcoming car and the factory firsthand.

At first glance, the building’s avant-garde architecture seemed out of place on the otherwise vacant plot of British countryside. Yet an aerial view revealed that the structure is designed in the shape of the Chinese yin-yang symbol—an emblem that expresses the company’s core belief that, in this new venture, all elements must work together for the greater good.

“The Formula 1 division and road-car development are only about one minute away from each other,” says Sheriff. “What we have is everything being built under the same roof, so the knowledge is spread throughout the company.”

In fact, many of the 12C’s aerodynamic aspects were developed and mapped out by several of the same people who work on the Formula 1 cars. Once the overall concept was established, the basic exterior design was further refined in the on-site wind tunnel, so that McLaren engineers could practically predict how the new car would perform before the first prototype even left the factory.

This connection between the road cars and racecars is even reflected in the MP4-12C’s name. Those who follow Formula 1 will recognize the MP4 designation as the alphanumerical code that McLaren uses to label its racecars, the most recent of which is the MP4-25. The first portion of the name is an acronym alluding to the merger that took place in 1980 between company founder Bruce McLaren and current McLaren Automotive CEO Ron Dennis’ Project Four racing team—hence MP4. The number 12 derives from the McLaren Performance Index, a secret mathematical equation developed internally by McLaren to evaluate power, weight, emissions, and aerodynamics. The letter C stands for carbon.

Although an obvious correlation exists between the forthcoming 12C and McLaren’s Formula 1 development, the company does not want to give potential buyers the impression that the vehicle is a racecar disguised as a road car. “It’s not that this car has Formula 1 technology on it,” says Sheriff. “That’s a ridiculous thing to claim, even though so many manufacturers say they do. It just doesn’t happen. The car simply would not work. The aim for this 12C is for it to be the fastest car around a circuit with the best handling, but also the best-riding car. So it is essentially designed to ride like a BMW 5 Series or Mercedes E-Class. The trick is not to compromise either side and really be the best of both worlds.”

Unfortunately, McLaren did not provide a drivable 12C during our factory visit, so we were unable to put the new model’s Jekyll-and-Hyde personality to the test; however, a show car was available for our inspection. Painted the company’s signature shade of Volcano Orange, the new McLaren appeared curiously familiar—almost as if it were designed to pay homage to the F1. Its mid-engine layout, low-slung stance, and sleek silhouette serve as reminders of the car’s performance pedigree. Yet its signature butterfly-wing doors, which McLaren refers to as dihedral doors, remain the 12C’s most striking feature.

While the vehicle’s design certainly pays homage to the past, its surprisingly spacious cabin reminds one that the 12C is a novel departure for McLaren. Like that of any German luxury sports car, the interior is well organized and can be wrapped entirely in leather. In fact, those who have driven a recent model Mercedes-Benz AMG might notice something familiar about the car’s knob-style switches and flat-bottom steering wheel. The 12C will come equipped with a push-button start and semiautomatic transmission that can also be shifted manually using what McLaren calls the Pre-Cog Sequential Shift Gearbox, a one-piece rocker that pivots on the central steering column. Options will include a fully integrated navigation system and a launch-control function for owners with a serious need for speed.

Although the 12C appears ready for the showroom floor, McLaren has a few logistical hurdles yet to overcome, the most significant of which is to find the right dealers for distribution. “We are essentially a start-up company that is already an established company,” says Sheriff. “But our goal is to have roughly eight dealers at launch in the U.S. and double that when we are at full production in 2015.That [larger number is still] half as many as other manufacturers our size.”

The first MP4-12C production cars are expected to arrive in the United States next summer, with an estimated starting price of $225,000 to $250,000. Some might contend that now is not the right time to reinvent a company such as this one with a car that has so many established competitors; however, Sheriff affirms McLaren’s optimistic outlook. “Coming out in 2011 really helps us start out fresh without any of the baggage that many of the other manufacturers have right now,” he says. “We do not have to play a catch-up game. Not only are we ready, we feel that this is the perfect time to launch a car like the 12C.”

Most buyers still tend to think in Italian or German when cross-shopping the world’s best high-performance sports cars. The Ferrari 458 Italia, the Lamborghini Gallardo LP 560-4, the Porsche 911 Turbo, the Audi R8 V10, and the Mercedes-Benz SLS AMG, after all, still top the list. Even so, those with a penchant for owning the best and latest will think in the Queen’s English, which—with the launch of the McLaren MP4-12C—will undoubtedly become the new universal language of love among supercar enthusiasts.