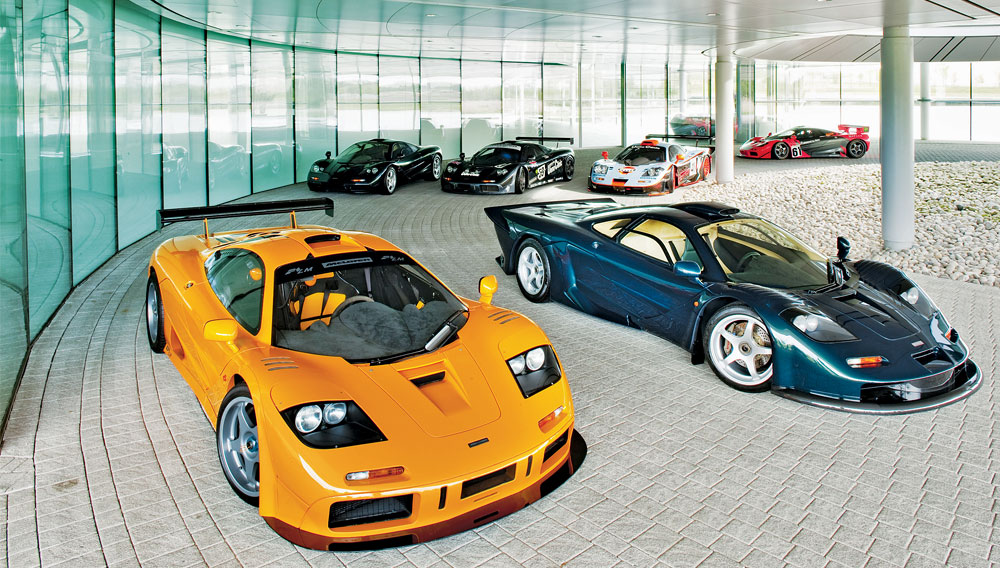 The McLaren F1 became an instant classic when it rolled into the automotive world in 1993. Its innovative carbon-fiber monocoque chassis and peculiar three-seat configuration, which placed the driver directly in the center of the cockpit, defied all conventions. It did not merely set top-speed records—it shattered them. Indeed, the F1 still holds its place as the world’s fastest naturally aspirated production car. But after a production run of just 107 vehicles—only 65 of which (excluding the four built to celebrate McLaren’s 1995 Le Mans victory) were road-going versions—the model reached the end of the line in 1998. Still, interest in this car, especially among serious collectors, has not waned over the past decade. In fact, the F1 is one of the few modern cars to have actually appreciated in value—an impressive achievement when one considers that the cost of purchasing the car new was roughly $1 million.

No doubt McLaren Automotive will include a top-ranging model among the new vehicles in its long-term plan, but the newly energized company will likely look to the future rather than the past in designing and engineering a worthy replacement for the formidable F1. Only time will tell if the next-generation McLaren supercar will set out to reclaim from the Bugatti Veyron Super Sport the British marque’s title as the world’s fastest production automobile. Regardless of what McLaren Automotive has in store, the original McLaren F1 was, and will always be, a standout among supercars. Its successor certainly has a daunting reputation to uphold.